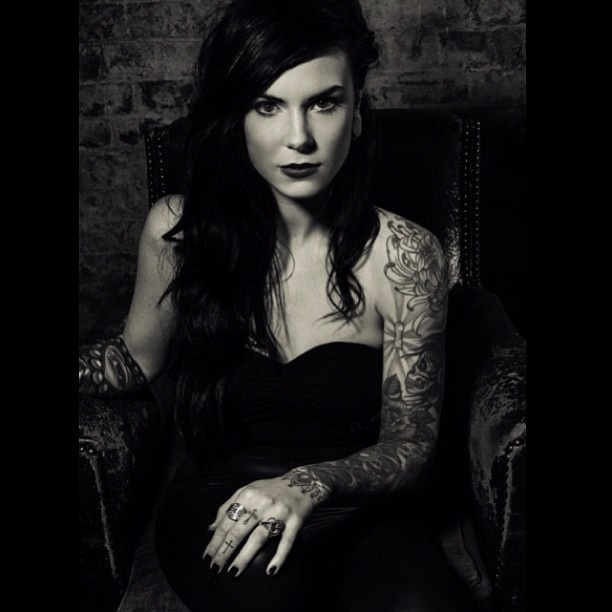 One of my favorite female tattooers along with Tattoo Baby, she was born in England where she lived with her brother and mother, Julie Myers.

She also had forty seven foster brothers and sisters who her mom adopted and cared for. 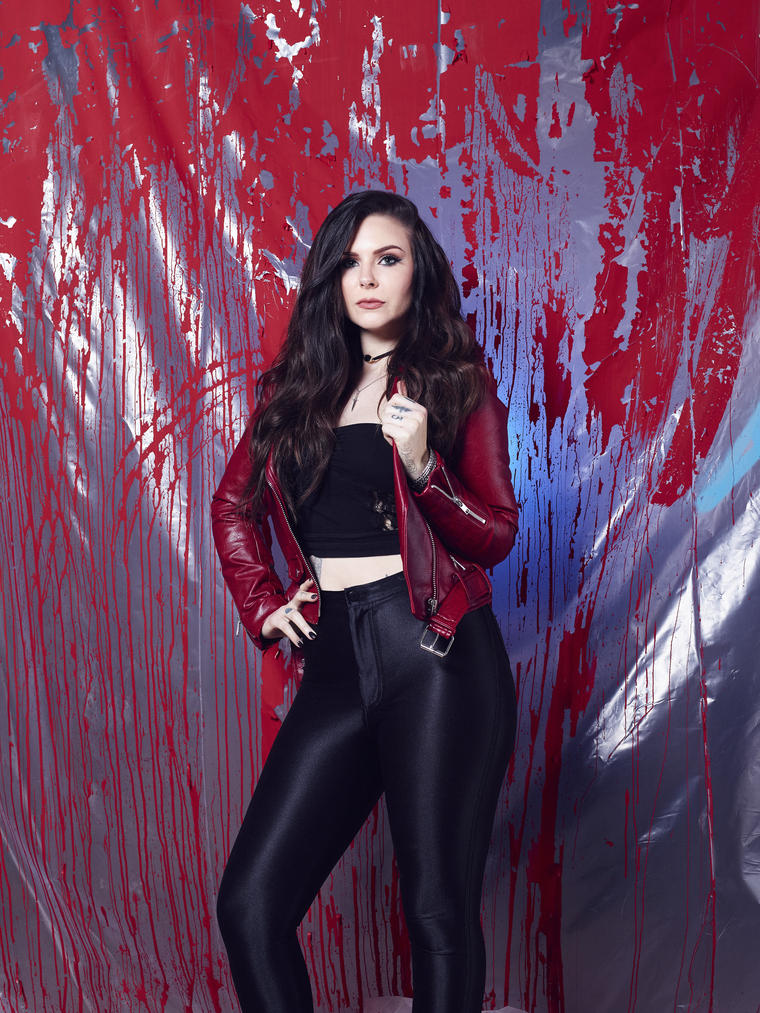 After her basic and secondary studies were completed, she completed her course in Eastleigh College, and became a Fine Arts graduate from the Winchester School of Art. 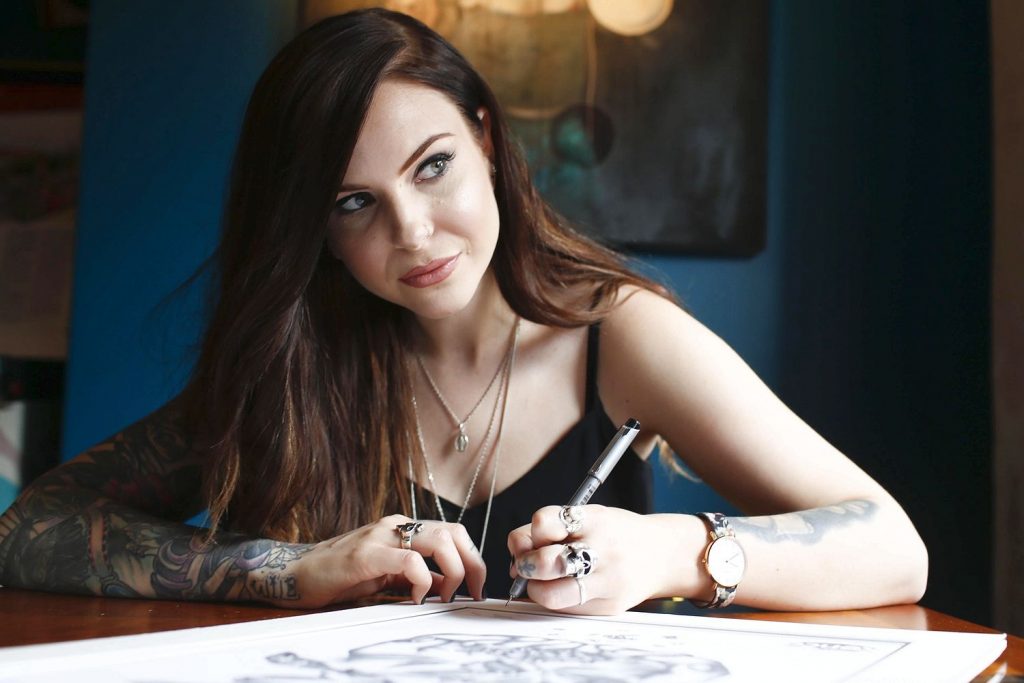 She first started tattooing when her brother let her tattoo on him when she was only eighteen.

Professionally, her first tattoo related work was in a tattoo parlor in 2012. It was there that she started developing her biggest specialty of the Hearts and Skulls.

“Dragstrip” was the name of the business she worked on. 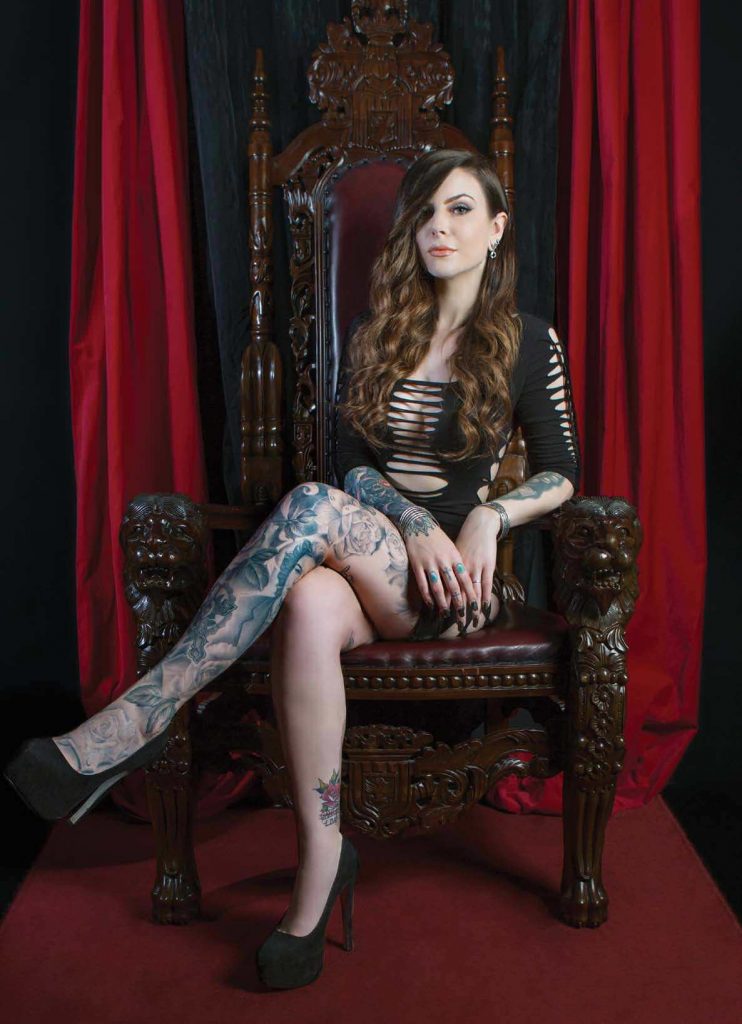 After working in Dragstrip, she started working in “Love Hate Social Club”.

She began building her reputation and this unlocked new opportunities that lead her to be able to work with big names like Ami James, Megan Massacre, Chris Garver and Lal Hardy.

Nowadays she owns her own business called “Grit N Glory”, a tattoo studio she runs along her partner Megan Massacre. 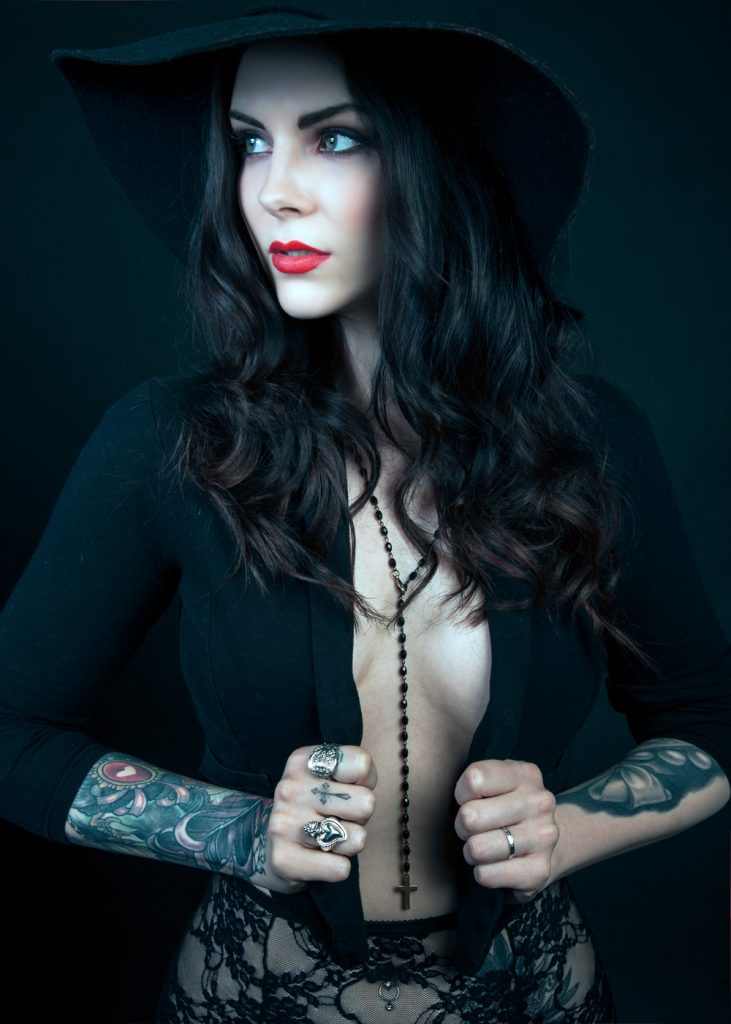 Her skill is great, but we’re sure her looks opened a lot of doors for her as well, as a beauty like hers is a rare find. 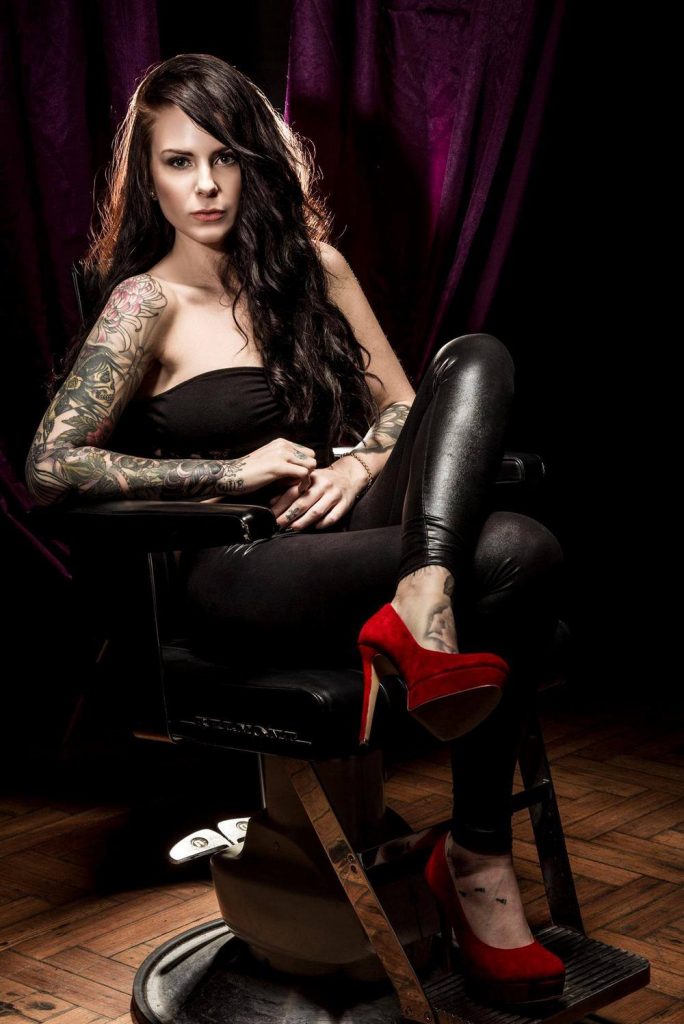 MTV’s Just Tattoo of Us and Cally-Jo: A Match Made in Heaven

The show “Just Tattoo of Us” is a hit, and it seems everyone there is sexy, from Charlotte to Jodie and Cally-Jo as well. Of course, girls can also find some hot guys there as well, but it is not up to me to judge… guys aren’t my thing.

You can spot her meaningful leg tattoo at times, as she has her grandmother’s portrait on her leg.

If you like hot female tattoo artists, then make sure to give our Tatu Baby sexy post a read as well.