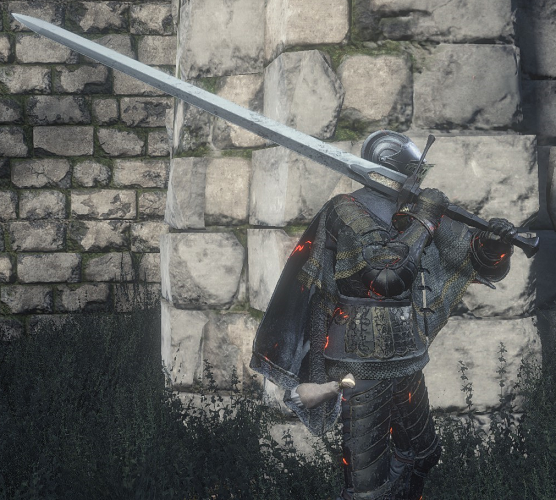 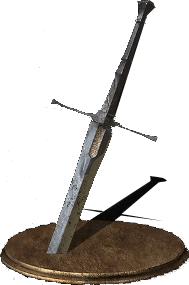 This sword can be both buffed and infused, and its reinforcement is made with Titanite.

This is the lightest Ultra Greatsword in the game and one of the best items to infuse. Versatile and with an amazing damage number, it initially had some bugs that have since been mended. Some say this is an Overpowered weapon, because of its immense scaling.

Here are its Stats:

This weapon is an expertly crafted Ultra-Greatsword that feels light and yet packs a powerful punch. It would only be attributed to the most elite and trained Knights alike, it would remind everyone of the fallen civilization of Astora. To thrust and slash, it allows its wielder to charge at enemies with extended range and power.