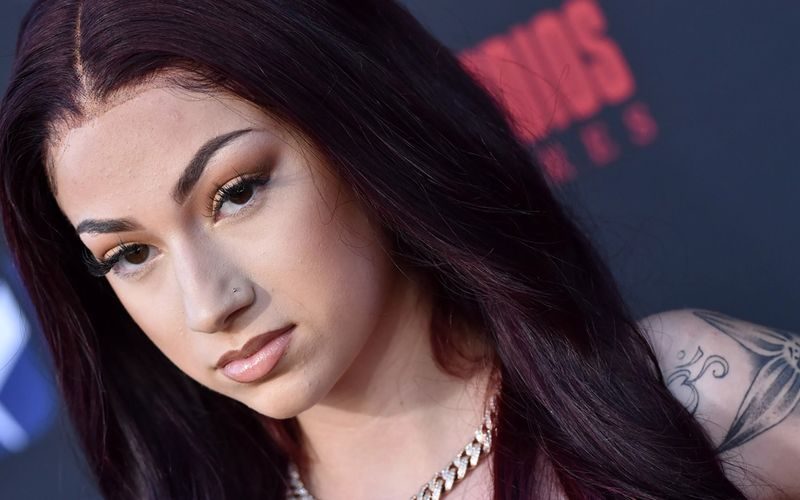 Bhad Bhabie age is a shocker to most, and we explore why she looks so much older and reveal a makeup-free photo that will show you how she naturally is – just a tiny teen.

Bhad Bhabie age is really surprising if you’re considering the music she makes and the way she acts, but she is really young and it shows if you see her without her make-up on.

We have written about her before, back when she was known as the Cash Me Outside Girl from Dr. Phil, but she is a different Danielle Bregoli nowadays under the name of Bhad Bhabie.

She is rich, has a successful music career, met some really famous people, bought some new wheels (a Porsche), and she did all of this without even being old enough to drive the car she acquired.

If you are wondering what was her age on Dr. Phil she starred at, Bhad Bhabie aka Danielle Bregolie was 13 years old, but even now she is only 17 years old, which is exactly the same age as another star you may know, JoJo Siwa.

However, her age normally shocks because she looks like a woman already, not a high schooler, although we can explain that easily.

At the bottom of the article, you’ll see her fresh teenager makeup-free face, and you’ll see she actually looks the age she is.

Danielle Bregolie and Her Makeup Abuse: Looking Older Than She Is

One of the main reasons that lead you to think she is all grown up and way older than she results from her abuse of makeup.

She regularly uses artificial thick eyelashes, a red ponytail weave, and a lot of foundation, eyeliner, lipstick… you name it!

She really wants that mature look as it fits the positioning she is aiming at, something that can also be seen by analyzing the lyrics of her songs – also positioning her far from the high school teen she is.

The above picture is from her video clip of the new hit “Do It Like Me” and you can see how she is really artificial in the way she looks. The lip liner and the thick artificial eye lases make an appearance again, and her foundation helps change her appearance by altering the way her bone structure looks due to shading.

Finally, when you consider the way she looks without makeup, it seems apparent she also darkens her skin, but that does not confirm it although many people seem to see it.

If you follow her on Instagram, you probably saw this post, but if you don’t follow her then you simply can’t miss it since it is one of the rare occasions where you can see the natural Danielle and how cute of a teen she looks without all of that makeup.

This publication was a video that shows you a bag of Dior and Danny inside popping out with her natural hair and light to no makeup.

In this video, you can see she looks young, tiny and adorable as many of her fans comment on her clip.

The shock was notable as the top comments all refer to the amazement of how small and young she looks, with fans also encouraging her to drop her make up as she is “cuter” this way.

Granted I also think her natural looks are cuter than the artificial girl she poses to be, she is known as “Babyface Savage” and this is a nickname I think fits this look more than any other.

She isn’t a legal adult yet, as she is only 17, and this post reminds us of that so it is definitely something positive.

I hope you now keep in mind this teen as she really is and stop thinking of her on the same level as other 20 something celebrities even though she has plenty of adult things like the Porsche and a Restraining Order – this last one something we think is a really bad start for a star still in her highschooler age.

One thing is for sure, she walked a long path from that Dr. Phil show until now, and although her character and personality don’t seem that different, her bank account and IRS statement surely is.