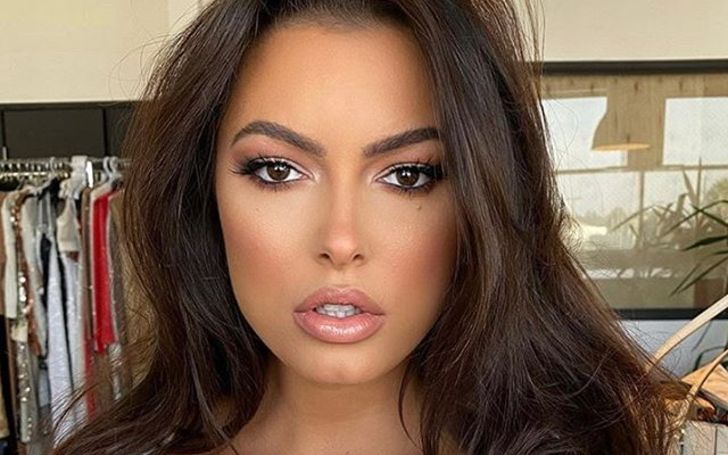 What is Constance Nunes net worth? Is she really a mechanic or engine specialist or is she just eye candy for male viewers? Is she really the real deal or is she strategically placed due to being a model?

Car Masters: Rust to Riches is a show many car lovers hold as one of the best in the genre, and this reality TV car lover project is becoming increasingly popular as reviewers give it top scores and audiences love it throughout the board.

One of the main cast members is Constance Nunes, an engine specialist, and model who attracts a lot of the looks in the garage for obvious reasons.

Throughout this article, we are going to go over the most frequently asked questions on her, including questions about her career, marital status, pregnancy rumors, age, background, where is she from, and whatnot.

If you want to learn more on this beauty, then read below.

First, let’s start by addressing the obvious and that is even the show’s credibility is at stake sometimes, and I wrote about it in my latest article on “Is Car Masters Fake?”.

Having said that, Constance Nunes has some references from BMW, Audi, Ford, and other brands, but she worked as Assistant Director and Service Specialist there, so she wasn’t an engine specialist at those past jobs.

Assistant Director and Service Specialist are something which we probably can agree fit her, but we also can’t discard her being competent just because she has the looks or is a woman.

Is Constance Nunes Really An Engine Specialist: Does She Build Engines?

Is she eye candy or not?

Well, as you probably can tell it’s impossible to find out by watching the show, as the show’s coverage of the mechanic and engine building is insufficient and you can’t conclude anything by looking at it.

On the other hand, it’s impossible to find out anything that points out Constance knows mechanics or anything that states she doesn’t – the info is scarce.

Finally, it’s ironic that her modeling career, something we can all see she’s good at, has a lot of info and can be studied everywhere even though her mechanical career seems hidden under the carpet… curious to say the least, but again we can’t confirm or deny anything.

Does Constance Nunes Have a Boyfriend: Who Is Her Husband?

Constance doesn’t have a boyfriend, but she isn’t single either – she is happily married.

Who did Constance Nunes marry you ask? Well, the lucky guy’s name is Jared Toller and he isn’t famous but a long term relationship with her.

They have been dating for a long time, and they have gone to social media to state they’re happy spending a lot of time together during the quarantine times of the pandemic.

Is Constance Nunes Pregnant: Any Children or Kids?

She isn’t a mother yet, as of the time I’m writing this article, and the rumors that she was pregnant were already proven to be false.

How Old is Constance Nunes: Where Was She Born?

Constance was born in Portugal on the 17th of November, 1989, which makes her 31 at the time this article was published (December, 2020).

On the other hand, she does is a USA citizen of American nationality, but she’s of Portuguese descent.

Her family was already rich, which helps the net worth she increased.

If you want to learn the answer to the question of where does Constance Nunes live, then know she is from Los Angeles, a place where she is still, making a name for herself as a model.

Who is Constance Nunes Net Worth started with Dad: Portuguese Descent and Family!

Constance’s father is part of why she ended up on the show and the reason on why she loves cars and mechanical things.

You see, her father was a Drag Racer and he was also a pretty solid mechanic. Nunes also did something else you may not have heard about – she was a stuntwoman.

What is Constance Nunes Net Worth: How Rich is She?

Despite earning a lot of money thanks to the Reality TV show “Car Masters: Rust to Riches”, and through her modeling career and car building gigs, she is estimated to have a net worth of $1 million.

I hope you now know more about Constance Nunes and if you still have some questions, let us know. We also wrote an article on another cast member recently, so if you want to check it out jump to our Shawn Pilot Article.