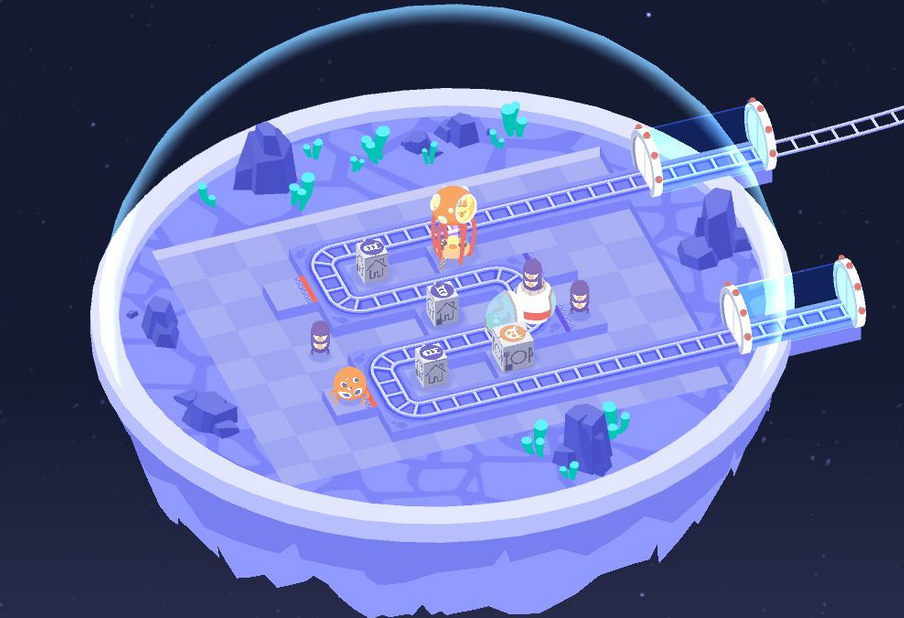 Cosmic Express received plenty of awards, and even if those aren’t much discussed, the truth is that even several media outlets named the app one of the best puzzle games in the market for April 2017.

The game, as most puzzle games out there, can real grind your gears if you get stuck.

Throughout this post we’re going to display the solutions to most levels, as the Nova, Orion and Ursa Major levels don’t have a video just yet.

Rest assured that for every other phase, we have you covered.

The below video is the Cosmic Express Andromeda levels solution clip, and it solves every level, from Andromeda 01 to Andromeda 14.

If you’ve been stuck on this phase, find the appropriate level on the footage below and you’ll clear that railway in no time.

Another level pack you need to clear to move on. Through the video we share you’re going to be able to build the railway just right, and so the colonization efforts can continue.

Again, this mobile puzzle game’s walkthrough clip has every stage from 1 to 11.

Ok, so we couldn’t find the Delphinus walkthrough in English, there’s a video of the solutions though, only it’s in Spanish.

If you can speak Spanish, no problem at all, but even if you can only speak English, the images are pretty straightforward, and you can even watch the player as he builds so you’ll clear the Cosmic Express Delphinus stages anyway.

Whether you’re playing on your PC or on your Android device, the levels are one and the same, and here’s the clip that shows you just how to beat them all in the Vela stage (or level pack).

Here’s another constellation you have to beat. Many players get stuck in Cassiopeia’s puzzle weave, and for all of those we fetched this video showing how to wiggle free.

We’re almost done with our tutorial on how to beat this wonderful puzzle game, and we’ll continue with the Taurus level pack. From 1 to 13, here’s how you get past these levels. Now get to building!

Finally, we also had to fetch a Spanish video for this one, as there’s no English one made by the time we published this article.

We’re sure you can make sense of the video as the player’s actions are pretty self-explanatory, but note this article is from April 2017, so if you’re reading at a distant future, you could probably find an English version by now.

Cosmic express is a mobile game made by Alan Hazelden which fits the genre of puzzle games and has a loveable art style that gives it a fresh look.

The game has a square grid in a dome, and you can build your track in squares that aren’t occupied by obstacles, a station or structure. If you pull empty cars, the alien will pay you a visit, and if your passenger car runs along an empty one of the same color as the alien, he gets out and sets up shop.

Basically speaking, your goal is to draw a continuous line that will enable the aliens to reach their homes before your train chugs off.

The game is polished, and it did have an unpolished previous version which was being played under the title of Train Braining.

The game itself is organized by galaxies, such as Taurus, Perseus, Delphinus, Orion, Cassiopeia, Andromeda, among others. Progressing through the game will get you more game mechanics and there are even secret levels to unlock.

If you clear a level by exiting through a different gap, you can reach different galaxies, so the levels do have some replay value even if just one or two variants exist.

As some minds are better with spatial orientation, others with colors, others detecting patterns and so on, we can’t put our finger on how hard the game is, as with most puzzle games that is a mighty subjective question.

All in all, the game is rock solid, a bit wonky but with a delicious art style. We compare it a bit with “A Good Snowman” in terms of overall feel, and if you liked that one you’ll love Cosmic Express too.