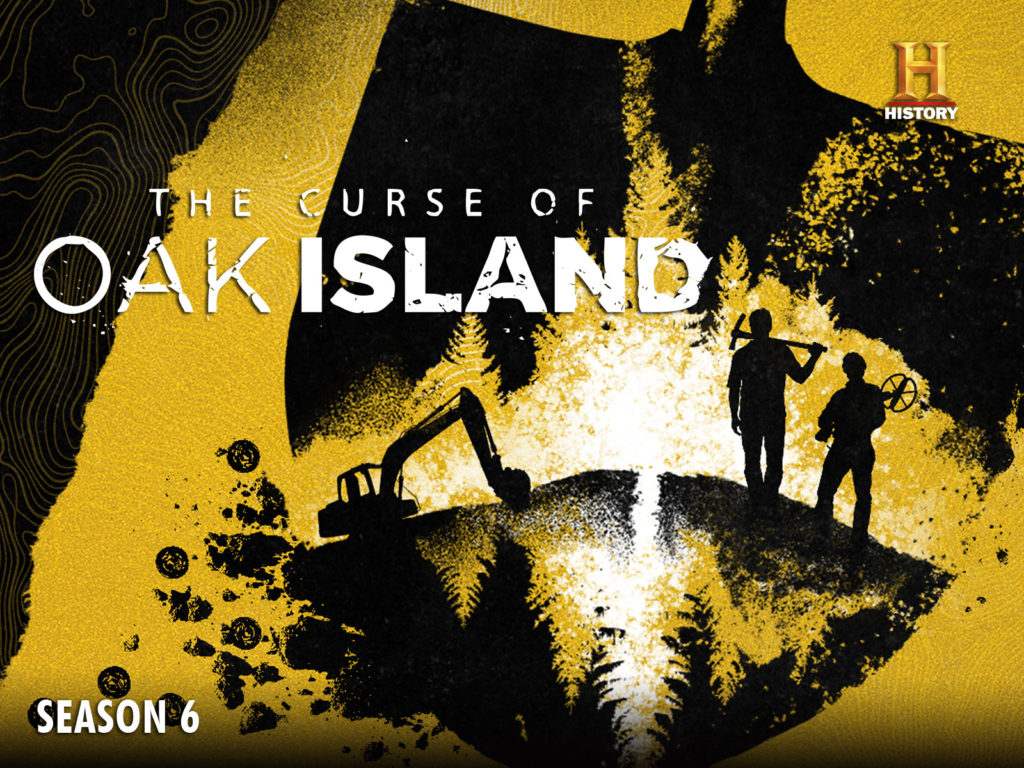 The Lagina crew believes there is treasure on Oak Island.

There were times in which I myself thought the crew didn’t believe the story as much as they stated, but luckily I’ve found enough evidence to back up the fact they indeed believe in what they are doing, and I’m happy about it!

I wrote some articles about Oak Island in the past, some of them being:

This shows you I considered the fact the show was fake, and that The Curse of Oak Island was a hoax or plain and simply just staged.

We’ve come a long way from then and I kept following the series.

Things have changed, and I can now say with confidence that I believe the Lagina and the Oak Island crew believe there is a treasure on the Island, and are determined to find it.

To put it bluntly, I don’t know if they are convinced the treasure is valuable or not, probably they don’t care, but they believe it is there and that it is their mission to solve the mystery and find it – in other words, I believe they aren’t faking their interest, and here’s why.

The Crew Is Spending More Than They Are Earning:

I took a look at what the crew was earning with the show, added some extra for the advertising the show does for them and their business, and considered the expenses the History Channel, sponsors, and partners are paying.

All in all, the Lagina Brothers and Craig Tester still come out with a loss.

This means that as the show goes on, they are losing money. This debunks some of the theories that they are just getting rich off the documentary.

Another thing most people don’t know is that even Gary Drayton has a net worth in the millions thanks to his treasure hunting career, being even richer than Rick Lagina.

I also wrote an article on Metal Detecting Expert Gary Drayton you should check out to learn more.

They are putting their money where their heart is – on the Island.

You Can See Genuine Enthusiasm in Craig Tester’s Face and Jack Beagley as Well:

When I noticed that the crew was believing it, I start actually looking for underlying signs that could point out they were either believing it or simply acting or staging.

What I found was that those micro-expressions of contentment or enthusiasm surged the minute they realized something.

Granted these moments are rare because they usually metal detect in advance and only film the discoveries they made being “rediscovered”, many times you can even see the land is already disturbed before Gary “finds” it – but still, there are some real-time moments in which the crew discovers something that you’ll be able to perceive their genuine feelings thanks to those instantaneous micro-expressions you can’t fake.

I saw this with Craig Tester once the crew was scanning the ground with ground-penetrating radar, and again on those moments in which Jack Beagley was enthusiastically almost jumping around – you know what I’m talking about.

This backs the fact that the Lagina Partners believe in what they are doing in The Curse of Oak Island, and the crew believes as well.

The Crew Believes They Are Starting To Get Solid Evidence:

When I wrote the article claiming that Oak Island was a hoax, we had almost no evidence of something being there.

I pointed out most things could be simply natural sinkholes, I pointed to the lack of evidence and also to the fact the crew never discovered anything.

Fast forward to know, they found out some medieval aged artifacts, the coconut fibers, the structures at Smith’s Cove which I believe are indeed made by the French to defend the island due to various reasons I’m not going to go over as it’s pure speculation (some of them already mentioned in the show) and more.

We are starting to get the data to really point out that something happened at Oak Island.

Whether it is a treasure or just historical data, we already saw the huge potential on it, and stuff that can help rewrite history.

They Keep Up Despite Ratings Dropping:

Audiences have been dropping as the show goes on, but the crew’s enthusiasm is always the same.

People are a bit fed up with all the wood, nails and spikes the crew is finding… but they aren’t seeing the big picture.

The crew made huge progress these last two seasons, finding more in 2 years than it was found in the last 40 years or so.

The U-Shape structure rediscovery, the Smith’s Cove structures, Shaft 2, what could be box drains, and more.

The progress is being made despite the ratings of the show going down, and that points out faith in my book.

They Aren’t Planning on Giving Up:

There have been a lot of rumors about The Curse of Oak Island being canceled. Rumors like these come out every single year – I’m serious, search the web and you’ll find every season there are people saying the show is canceled or is going to be.

The truth is, they keep on doing it.

This also gives some more weight on the crew’s determination, and The History Channel is happy with the content – after all, the crew has most of the expenses.

Even Marty is Seeing Why the Crew Believes:

I noticed a big shift in Marty’s attitude simply because he was a man who always wanted data.

Make no mistake, the hardships the crew endured these last two seasons weren’t something Marty would be fine with at the beginning of the show.

Especially if you focus on the Hurricane.

Imagine early game Marty Lagina, the swap hater, getting that hurricane disaster in the first half of the seasons. He would most probably give up, he was closer to giving up by less.

These are some of the reasons I feel The Lagina Brothers believe what they are doing, and that the Oak Island Treasure crew is behind them, with faith Oak Island still has a lot to give.