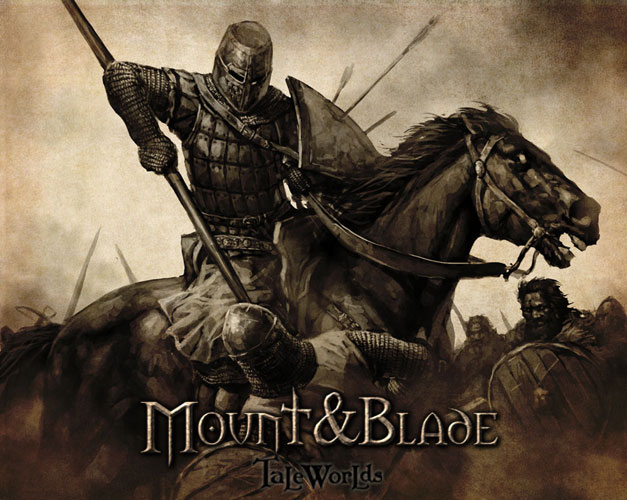 So, with Bannerlord coming closer by the day it is time to make a post about the honorable title that has been engulfing hours upon hours of gameplay for true fans like myself.
Indeed, the game I have most hours poured on is Mount and Blade Warband, and that’s easy to say because I’ve spent not even close to half on other games. It seems this game is just a huge time sinker because of how addicting and good it is.
Throughout this post I am going to go over the Top Frequently Asked Questions about this Taleworlds game, as I researched a lot and summarized the most asked ones in an hope to give you the DEFINITIVE answers to all of them.

How to Win Mount and Blade Warband?

This question is mainly asked by new players, and new players that still didn’t grasp the concept of Sandbox games.
In sandbox games like these, there is no winning screen – you’re the one making the winning conditions.
Some people say that what it matters isn’t the destination, but the path to go there, and I can vouch 100% that with this game, the victory screen not being there doesn’t matter at all.
In fact, the cool part of the game is playing it and achieving small things, like the wedding, becoming a vassal, becoming king, becoming Emperor of Calradia etc…
You’ll have such a blast by the end of your first playthrough that you’ll definitely want to play again… and again… and yet again!
So the answer is – you decide when you win, you decide when you lose, set your goals and chase them! Most of the time they won’t be easy, but when you do it, you’ll feel accomplished.
You’ll have a blast! 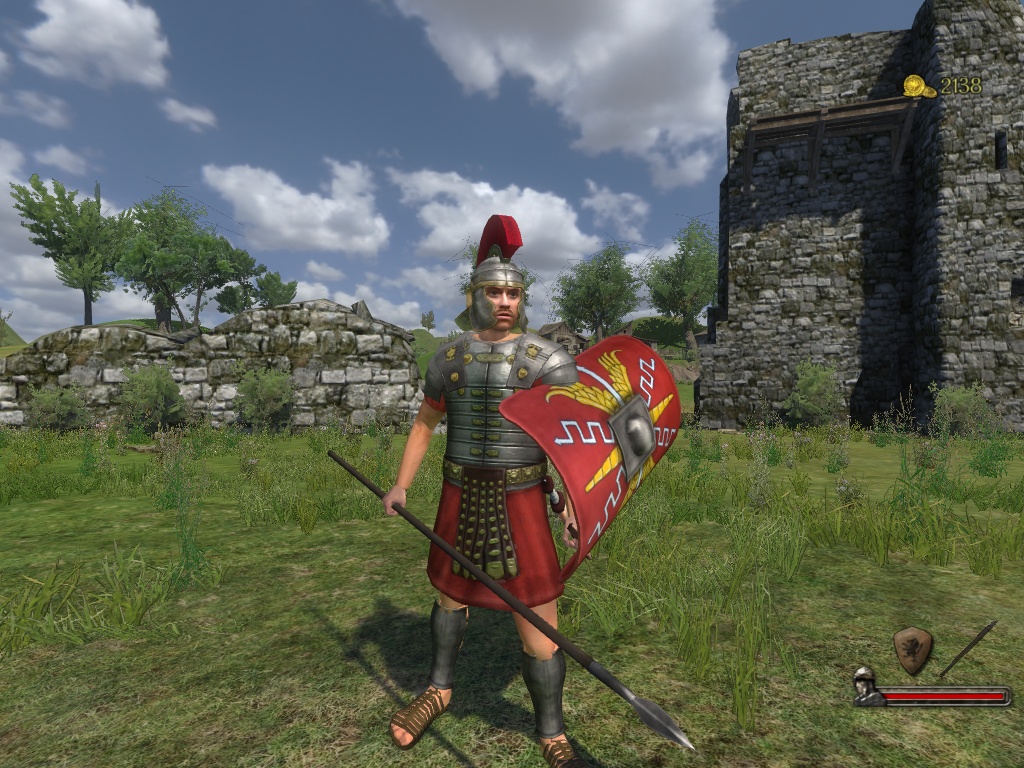 How to Install Mount & Blade Mods?

It is pretty easy to install mods, but I can understand this question as even I was nervous about it at first.
There’s a folder for mods, and you’ll want to deploy yours there, but for those who are a bit afraid to do this – If you have the game on Steam, then accessing the title’s workshop will allow you to subscribe to mods.
Even if the steam library hasn’t got the mod you want, install one at random in a folder and then you know how and where the files are so you can do the same for mods you download manually.
Most modders include instructions that are clear as crystal, and I can guarantee that installing a mod is pretty easy, so follow the author’s instruction or install them through Steam Workshop for the game.

How to Play Mount & Blade Warband?

This is also another question made by new players.
As I stated earlier, I am a diehard Mount and Blade fan, but the truth is I actually played it one and dismissed it as complete crap.
The fact was that the first time I tried it I was so lost that the game had no interest to me.
I started, I got a handful of men and then got captured, the graphics didn’t help and so I gave up. It was only when I saw more reviews that I became curious, and so I went for it again to discover the best game ever.
My advice on how to play is this:
– Don’t skip dialogues;
– Get Immersed in the Setting;
– Build a Backstory for your character;
– Set a goal;
– Don’t give up at first – you’ll be confused and trampled by everyone.
– Give the game some time.
If after doing all of this you still don’t like it, then the game probably isn’t for you – hey I know it isn’t for everyone, but some of us find it the best ever and an experience you can’t replicate.
For those of you that love this title and want to try something that is also pretty cool – check Crusader Kings II. 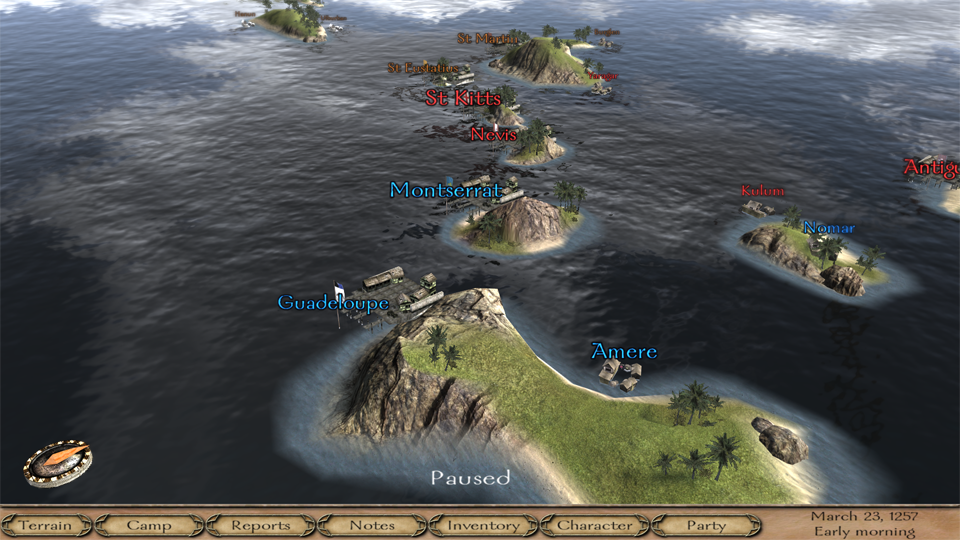 How to Get Mount & Blade Warband for Free?

I am going to discard the illegal answers and give you some legal ones:
– If you’re a streamer, mail the developers, state your audience and intent to stream it;
– Same if you’re a YouTuber or Gaming Community;
– Ask for it as a Gift;
– Trade Steam Cards for Money until you can buy it.
Sorry for the disappointment, but the developers deserve their due.
Don’t do illegal stuff kids. 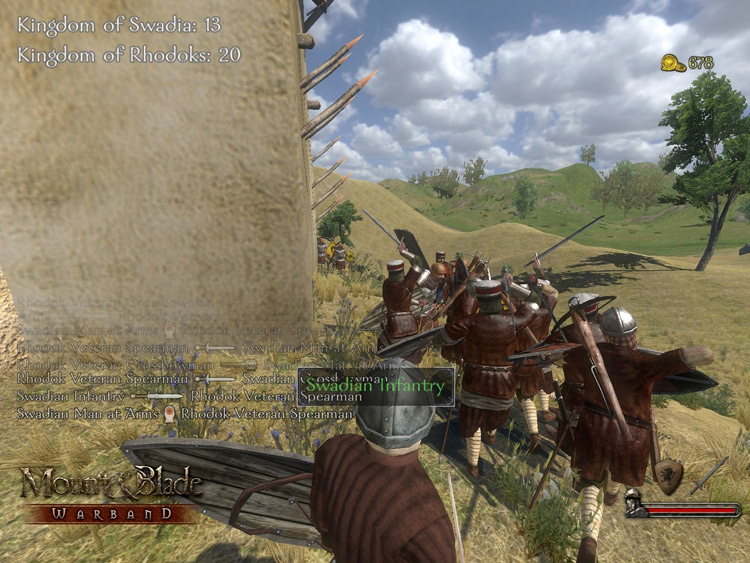 I also played a lot of single player – and I mean a lot – before I ever ventured to the world of Online MB.
The truth is that answering this question is very easy, simply select multiplayer on the menu and you’re off to your adventure.
If you’re having problems with that, check that your version is official and that you didn’t “get it for free”.

There are two sites I prefer to download MB mods, and those are the Nexus and this one.
Both these sites are a wonderful place to get all the mods you have been hearing about.

How to Become King?

You have some different paths to become a King.
The first and easiest path to becoming a monarch is:
– Pledging as a vassal to a Lord;
– Conquer towns and castles;
– Ask that those towns and castles to be awarded to you.
When this happens, the King will give you the fiefs until he thinks you had enough, when he does so you rebel by saying “You have been wronged” and you get to keep all the towns and castles you conquered.
There, you are now a monarch.
Another step towards becoming King is just by getting enough troops without being a vassal to anyone and simply take a castle, you can then found your own kingdom. 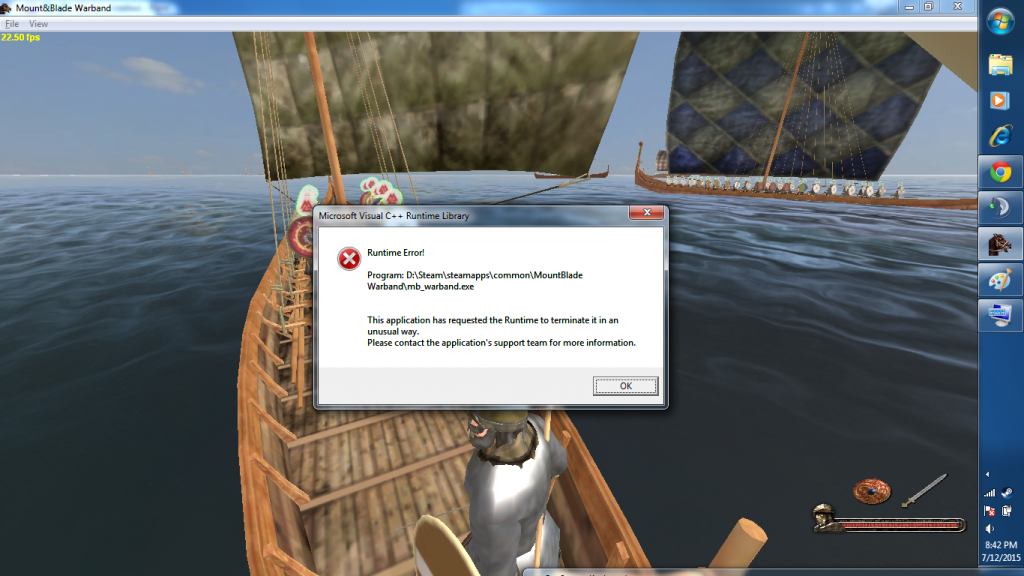 Why Does Mount and Blade Warband Keep Crashing?

This was a huge problem in earlier versions, but the developers have patched most of the issues by now.
If you were playing this some years ago and you had this problem, that problem may not be there anymore and you can jump in again.
However, if you have an illegal version of the game, this problem probably still occurs. 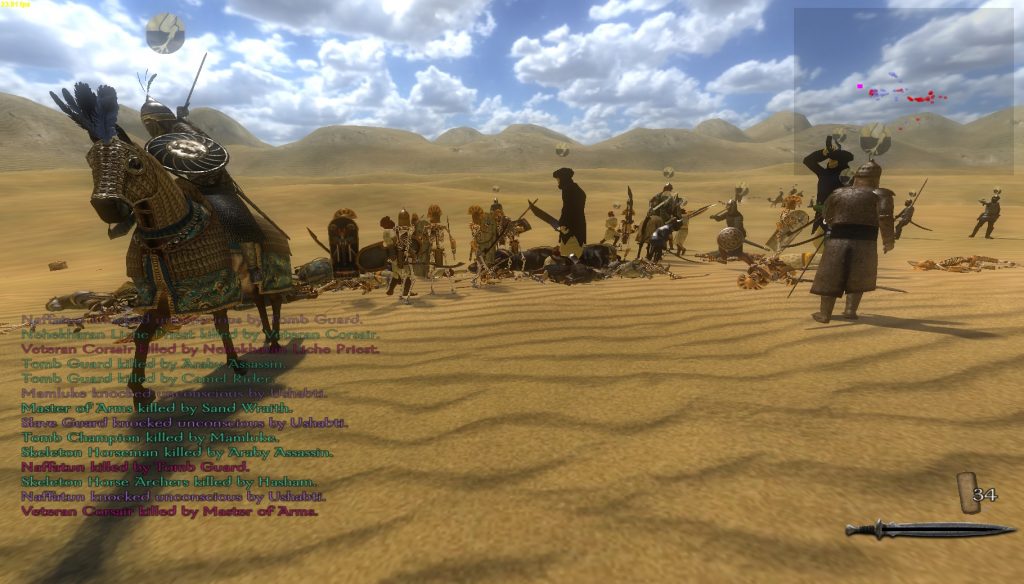 Why is it So Hard?

It may be hard at first, but for those who know what they’re doing it ends up being easy.
You can easily see that what I’m talking about right now by the amount of mods that are meant to make the game harder.
If you want hard, then jump in the mod Prophecy of Pendor – you’ll see what suffering feels like.
But, even then, winning is possible and pretty enjoyable.
Difficulty adds a bit of grind into it, but the grind in this game is actually fun.

Why is it so Addictive?

This is the million dollar question, but I think it is because it is so open ended, the immersion is great, it lets you do pretty much everything and you see measurable progress, from your reputation growth, to the way you get more estates and even to the simple fact upgrading troops gives them shiny new equipment.
There are also tons of mods, so the replay value is really immense!

Why is it so Good?

Refer to the question above and add the fact that there is simply no other game in the market that offers what this one does.
I can tell you that it is hard to be a genre in its own, and Mount and Blade really did it.

Why is it So Popular?

Because it is so unique, players like me who love it are over the moon over it and can’t have enough. We really wanted more games like this, and I still remember thinking “after this game, where will I go?”
I also spent a lot of time googling for games like Mount and Blade with no success.
Overall, the key is its uniqueness and a gameplay that is unmatched. 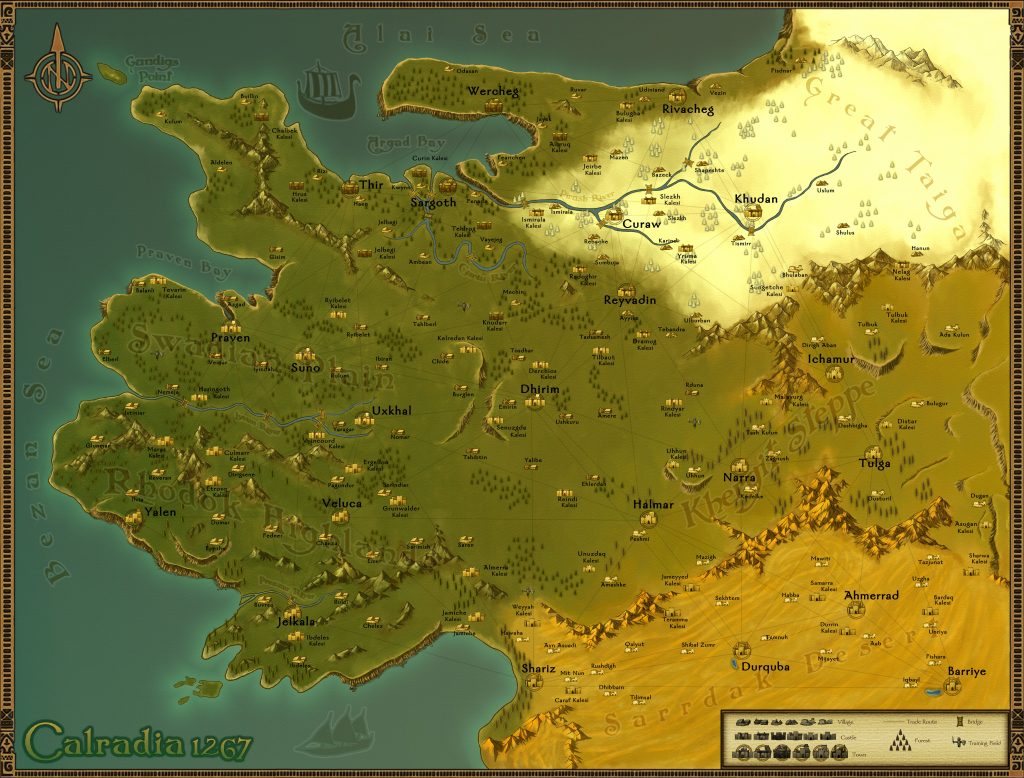 Where Does Mount and Blade Take Place?

The game takes place in the fictional continent of Calradia.

My advice for players wanting to start their adventures is to level pathfinding to run away from stronger mobs, to level their prisoner management skill to allow more troops to be captured and to make a little savings account with slavery money.
Also, I don’t advise raiding villages if you want to play honorable.
Like in real life – good reputation is hard to earn but easy to lose. 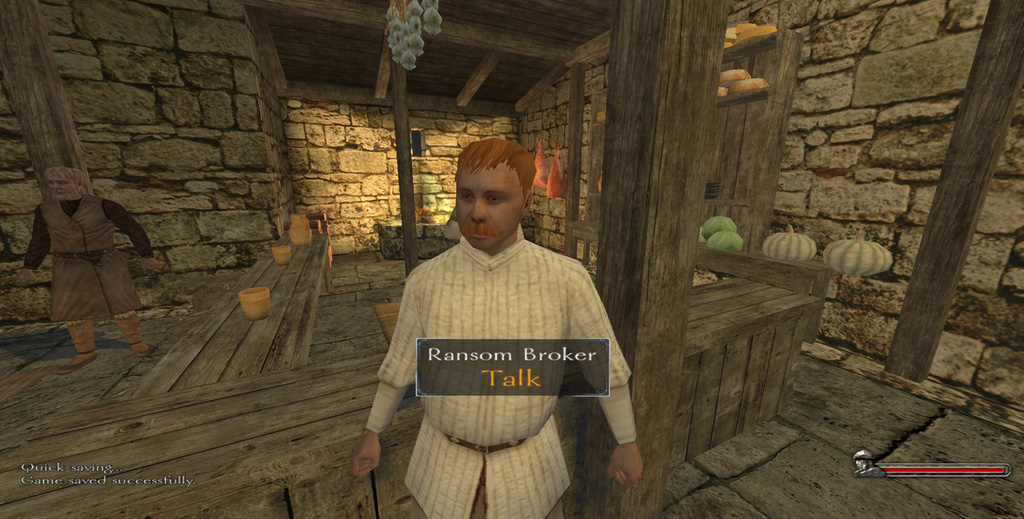 Where to Sell Prisoners?

There are slavers in taverns.
When you meet them the first time they’ll tell you that you should get to know them and after that you can sell prisoners to them.
They aren’t in the same spots all the time, and rotate through towns, so if you don’t find any in one particular tavern, try the neighboring ones.

Which Kingdom to Pick?

It will depend on your play style.
If you like archers go with the Vaegirs, if you love heavy cavalry pick Swadia, if you fancy light shock troops go for Sarranids.
On the other hand, if you like Horse Archers and cavalry in general go for Khergits, and Rhodoks are amazing crossbowmen.
Nords are all about heavy infantry.
I say make a playthrough with each. 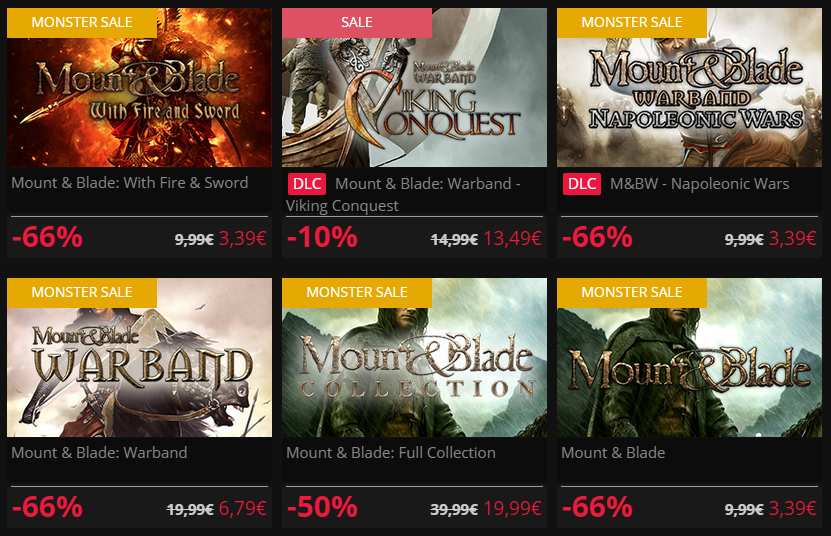 Which M&B is Better?

Which M&B Should I Get?

You should get either Warband if you want Medieval Ages, or Viking Conquest if you want to go a little bit to the past and enjoy Viking mayhem. 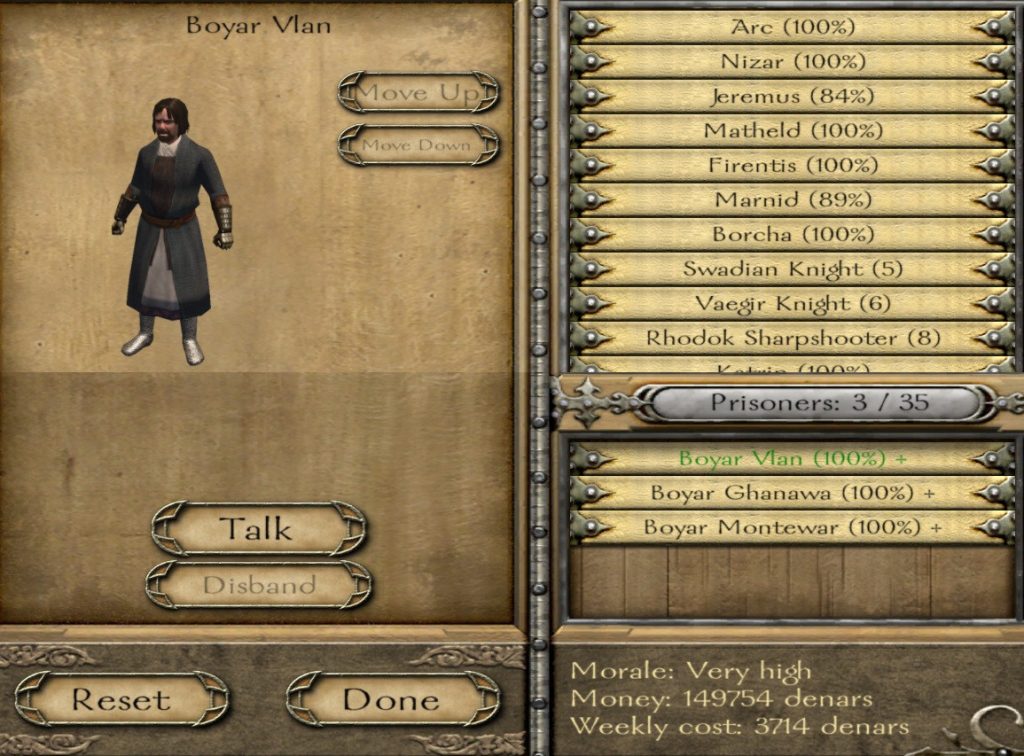 What To Do With Captured Lords?

You can ransom them for big money or release them and get an honor boost.
On the other hand, some friendly lords sometimes give you quests to capture lords and these quests are pretty good in exp and money values, also boosting relationship with the quest giver and the member of his family being held captive by the enemy.

What to do With Prisoners?

Either sell them to slave traders or try to recruit them to join your army.
If you do recruit them, garrison them overnight to prevent them from fleeing – some of them flee during the night if you’re on the open.

Well, that’s it for this post. Liked it? Have any questions? Leave them on the comments and I’ll answer them as soon as I can.