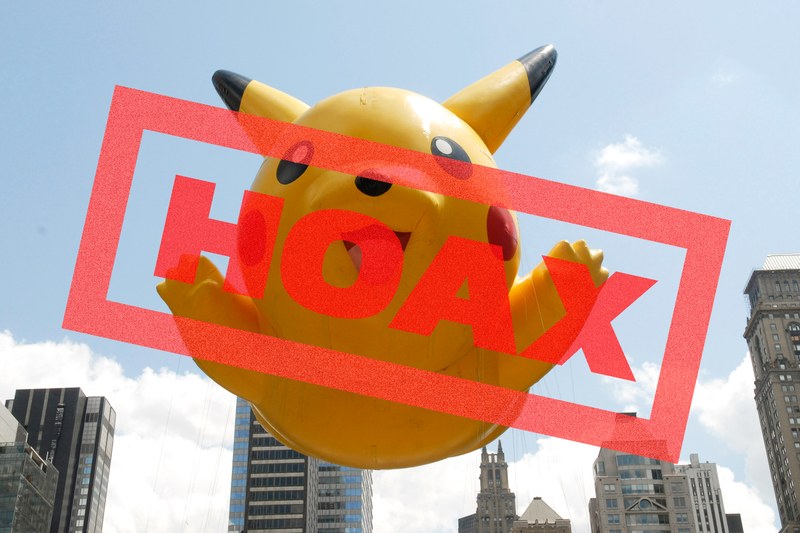 Most Popular Pokemon Go Hoaxes Everybody Believes In:

A few of these stories are even stranger although now that Pokémon Go has penetrated the barrier between reality and fiction, its rich mythology is making its way into the real world…. Here are why these HOAXES are certainly not true, and a few of the most bizarre examples — and some really are shocking.

No, a Florida child named Timmy did not stab at his smaller brother to death after a mistake about deleted Pokémon. While the unchecked story spread on social media sites like chlamydia, many readers did not understand that Cartel Press, a site which specializes in fake news, was the source of the news. There are no incidents in Jacksonville similar to what the story tells you it happened, even if you skip the fact the website stands for FAKE news. Additionally, you don’t even actually delete Pokémon; you only trade them in for tasty candies. Get with it, noob.

(You will start to discover that Cartel Press is a trend here.) 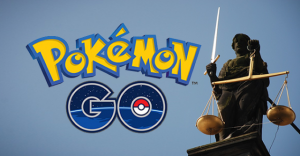 Not Even a Five Million Dollars Lawsuit: Pokemon Go Lawsuit is Fake

Another story from the Cartel Press is about the narrative of Charley, who played Pokemon Go on the street and got hit by a vehicle, now suing program makers Niantic for $500 million. While the post’s language is much more clearly a parody of the frivolous litigation trend, readers were once more misled: to date, Niantic has not been the issue of any Pokémon Go- harm lawsuits that are connected.

We can also state that “Marcus Jackson” didn’t get stabbed during his Pokémon experiences because he (and we quote), “did not recognize he’d stepped into what is understand [sic] as a bad area.”

True, nevertheless, is the unusually similar story of Michael Baker, who was stabbed while playing in Forest Grove, OR. The player refused treatment for his injuries, so he kept on playing, according to an interview with KATU 2 News.

No Trespassing to Catch Pokemon:

Another fake news website reported that a kid named “Arthur Disby” was shot by an old man when he entered a wild Pokémon’s area that was in the senior’s land. Many readers believed the story was totally actual, predicated on comments left on the page while the source is a veiled satire site. There haven’t been any confirmed reports of breaking an entrance so that you can catch fanciful creatures, primarily due to you simply just don’t need to be close to a Pokémon to be able to capture it. Centered on the geolocation of the game, you can usually catch it without actually entering a building. 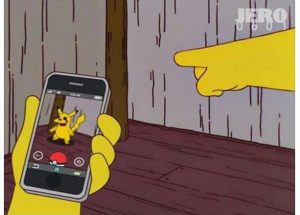 While The Simpsons is prescient about loads of stuff, internet hoaxes frequently give more credit to the show than it deserves. Despite popular opinion, the show did not call the campaign announcement of Donald Trump, nor did it anticipate the development of Pokémon Go. At an empty corner, yellow hand points in a now popular meme, a four-fingered while a smartphone in one other hand screens a Pikachu. It’s all Photoshop, people, although attempts are made to make this truly look like an older screencap from the show. Thank Snopes for even nailing the exact episode, and debunking the deceit where the original pictures were borrowed.

If you desire to send someone into a panic, tell them that they’ll have to buy a -free service. Like the hundreds of “Facebook fee” panics that preceded them, the Pokémon Go fee rumors are untrue. A fee has not been declared by Niantic, nor do they have any plans to, which continues to be confirmed by The Brink. Scammers, nevertheless, have been using these bogus announcements to collect users’ private info. Do not fall for it.

Land Down Under: Australia and Pokemon Hoax

And no, Australian authorities aren’t targeting Pokémon Go players, despite a popular image that is circulating through the web. While the image is from a real signal in Australia, it is also the subject of innumerable exploitation over the years. They almost undoubtedly have more actual poaching to be concerned about. We are uncertain how lots of people really believed this one, but Snopes debunked it anyway.

According to first accounts, an Uber driver named Alex Ramirez was streaming his Pokémon Go ventures between stops and watched a body being tossed out of a car. He gave the location of the body, later phoned 911, and reported being followed by the assassins… all before getting fired by Uber. Gizmodo reports that there were no bodies, nor any homicides matching that description. Calls to Uber also disclosed they hadn’t fired anyone over a Pokémon incident, just briefly suspended a driver after rider complaints. GoFundMe instantly took the page put in place to help out, since he’d lost his imaginary occupation Ramirez intended to feed his family on charity, and the whole thing was disclosed to be a huge publicity stunt—and potentially pretty serious fraud. 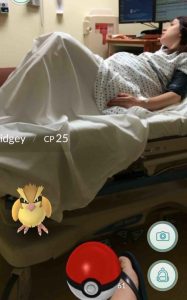 It is difficult to resist the call, even when a Pidgey is perched on the hospital bed of your wife. Refreshingly, this story is totally accurate. The Telegraph reports a player named Jonathan Theriot felt a buzz through the labor pains of his wife, and it was not a mere delight for a new family member. He proceeded to toss Pokéballs at a low-level Pidgey. It paints a perfect shot of world pop culture on the occasion of his kid’s birth, so maybe it is simply the greatest delivery room picture ever while seemingly inconsiderate of his wife’s plight.