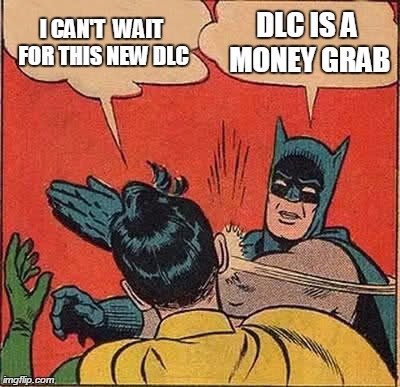 The Full Experience: Why Are DLCs the Norm? Rant!

A job Interviewer and an Applicant walk Into the Office – The Interviewer flips through a single sheet of paper and conversation ensues: 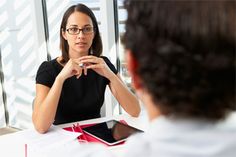 -Sir, Your Resume cover says it has 2 pages, why can I see only one?!

-You will have to pay $5 for the other page.

-A fictional Interview in a major gaming Company 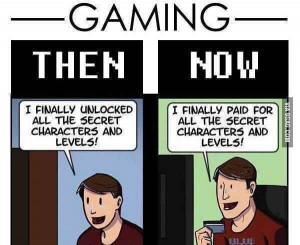 When I was younger I was always excited when I finished a game on the hardest difficulty because it always opened  new options and new areas in the game, which most of the times shed a new light on another part of the story, so you saw me replaying a part over and over and over to beat that stubborn boss and get the new unlockable.

Nowadays all you have to do is PAY, $10 for that DLC, $5 for that outfit, $20 for that Extended Cut that tells you what happened to your hero.

The thing is, most of the times, and in Companies like “Bioware” the DLCs are not just new areas of the game, but a crucial part of the story, that if you don’t play, you will miss a chunk of the story and will leave you somehow wondering in the next game “what the hell happened that I missed?!”.

A good example of that is the amazing Awakening expansion pack For Dragon age Origins, Legacy for Dragon age 2, and Trespasser for Inquisition, I am not saying that they are not worth it, on the contrary Bioware is one of the companies that if asked me for money I would gladly give for absolutely no reason =D, but a game like Dragon age Origins, it came out in 2009, that is almost 7 years ago, has me wondering on why the expansion still costs the same $15 dollars it did when the game was new!

On a sidenote, if you love Dragon Age Dragons, read this post. 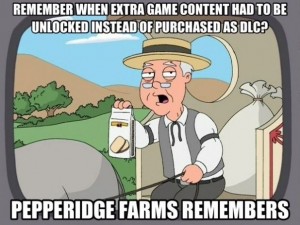 Players of old games will play to re-experience the story that captured them, but new players will not be in an awe with outdated graphics and combat system, either remaster the game with new engine, or lower your prices.

Some paid DLC don’t complete the story, but tell a back story of a certain character or an area, that makes you understand more about the lore of the game, a great example of that is the Dragonborn DLC for the famous and Mother of all RPGs The Elders Scroll V: Skyrim, it enables you to understand more about the Daedra and the Dark Elves, especially if you are new to the TES series and have not played the prequels of the game.

I am not saying that everything should be free, I understand the that companies have salaries to pay and those great graphics and CGIs costs money, all I am saying is that an undeniable sector of the gamers community are students or strugglers who are trying to have fun amidst the perils of their lives, no need to make the video game –their only escape- another burden on their budgets.

I really appreciate CD Project Red, the developers of the series “The Witcher” they made (and still making) ton load of free Missions, DLCs and Outfits for their characters, absolutely free of charge, just download and play, the only DLC that charged was the new expansion “Hearts of Stone” which costs roughly $10, was $8.99 if you pre-ordered, I am Planning to buying it this weekend and continue the epic Journey or Geralt of Rivia.