Final Fantasy is one of the biggest media franchises in history. It started as a role-playing video game (RPG). The first game was released nearly three decades ago for the Nintendo Entertainment System (NES) in December 1987. The number of games included in the franchise differs in how the games are counted. For example, there’s the numbered titles and several spin-off games. The franchise was created by the Japanese company Squaresoft, which later joined forces with another game company named Enix. This company became known as Square Enix. Since the first game was launched, the franchise has sold tens of millions of units. Here are the top 10 Final Fantasy games: 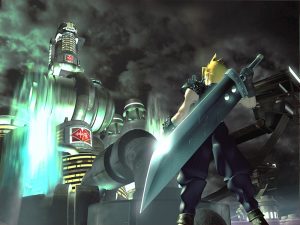 Final Fantasy VII is one of the best game in each category except for graphics since it is a bit dated. However, Final Fantasy VII included state-of-the-art graphics when it was released in 1997. Keeping that in mind will certainly help to appreciate the game even though it is very old and is somewhat dated. The game’s story, plot, gameplay, and mechanics are excellent. It will remain one of the top Final Fantasy games but also one of the all-time best games.

Graphics is the only category in which the game isn’t top-ranked. However, keep in mind that the game is almost two decades old. In other categories, it’s certainly top-notch. It should arguably be remastered for PS4, Xbox One, and other gaming systems. It’s not surprising that Final Fantasy 7 has various movies and spin-off games. Perhaps only FF 13 is close to the same level. 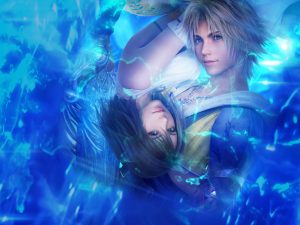 This entry of our top 10 Final Fantasy games is one of the favorite games among anyone who’s played all of the games in the franchise. FF fans quickly notice is that the music is excellent. It pairs well with the gamer’s emotions and works so effectively that it could be argued it is one of the most central focuses of the game. That includes The Hymn of the Faith. It was played as a type of theme throughout the entire story.

Another plus of this game is the emotions is triggers among players. 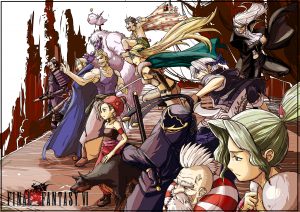 This is the longest as well as the most complex story among all FF games, banking it a place on our Top 10 Final Fantasy games post. The love story is not part of the game’s main plot. However, it can certainly touch the gamer because it is not as pretentious or cheesy as in other versions of the game. Players can choose if they do not want to use the game’s main characters. However, this is not really recommended since they are god characters. Another issue is that the music is excellent considering when the game was developed.

This game is ranked #1 on many critics list. It is easily the purest FF gameplay among any of the series’ games. There’s a good balance of futuristic/medieval settings. One big difference is that fans do not tend to point out the flaws of the game as others. The reason is that it is difficult to think of anything that’s wrong with the game. 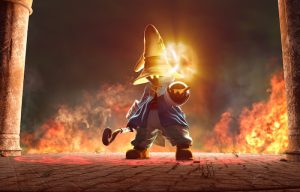 One could state that this was one of the last great games in the series. However, IX includes tons of magic/charm. 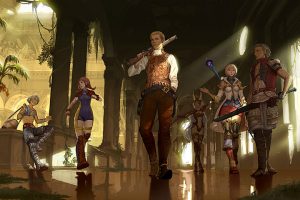 Final Fantasy XII is one of the all-time favorite titles of FF fans, so it definitely needed to be on our Top 10 Final Fantasy games list. It avoids some key problems of many other FF titles including random turn-based major battles as well as over-done Armageddon type stories. Meanwhile, the graphics had become somewhat dated but were some of the tops when the game was released. In fact, the graphics are still amazing even though they’re somewhat old now.

Another plus of the game is the storyline. It’s easily one of the most developed ones. It’s also better than the several other games in the series.

Another major benefit is that Square Enix used pro actors to voice the game’s characters. This helped to make sure that the plot wasn’t compromised. Another key benefit of the game is that characters were expressed well and also realistic. Another key feature of the game was the gambit system. 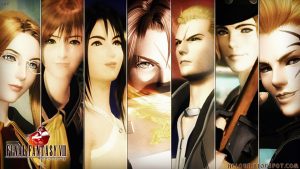 This is an older game but one that many FF fans keep playing. Popular features of the game include the requirement of making one’s own weapons and also the way that they drew magic/GFs from enemies. These features are what make the game one of the most popular games in the series.

However, it could be argued that the game is under-rated. It was an excellent store, great heroes/villains, and a wonderful score. The gameplay is also quite good. It includes a battle system that allows players a lot of freedom in the process of customizing characters.

This is arguably one of the top games in the franchise. It even involves the growth of the character Squall. He was anti-social and doesn’t care about anything as a teen. However, he became a young leader that cares about friends.

This is another popular Final Fantasy game. There are many solid features about it. Some argue it was one of the best games. There are various versions including the DS remake. It could be argued that the game shouldn’t be ranked number one. However, it certainly should be in the top 10 best FF games. A key feature is the story of redemption within the world of Cecil known as the dark knight. It could even be argued that Cecil is the best/kindness dark knight of all time. These two features are the reason he should be considered one of the best dark knights in the history of the game. 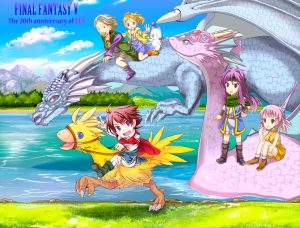 You’re probably questioning on why this game is not higher on the list. It is certainly one of the top ones in certain categories. They include gameplay and music. Another issue is that it can be quite easy to get to the big boss. Another key feature of this game is the job glass, which people often overlook regarding the game. There are various other features of this game that make it one of the best of the series. In fact, FF V often isn’t included in people’s top 10 lists, but it arguably should be.

One should note that there are different criteria for ranking FF games. However, FFV has enough strong points that make it into our Top 10 Final Fantasy games list. 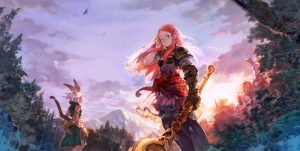 An odd entry on this Top 10 Final Fantasy games list, but this game has a very complex story, excellent soundtrack, realistic characters, and a good length. It arguably also has one of the top battle systems in the entire series. : This is one of the favorite games among Final Fantasy fans. It might be difficult to argue that it is the best game in the entire series. However, fans of the franchise have spent many hours playing the game.

In fact, some FF gamers have argued that it’s one of the top games in the series. In other words, it’s not just one of the top 10 games but one of the top 3, for example. There are several factors why this judgment is made. However, it’s related to issues such as the story, gameplay, and characters. However, it is somewhat of a judgment call about whether or not it’s the best game in the entire franchise. 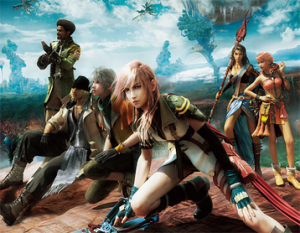 Many games argue that this is not a good game in the series. One common reason is the storyline. However, it’s a matter of opinion, and some people argue that it’s an amazing storyline. Other key features of the game are the characters. In fact players often argue that they can connect well with them. An example is Lightning. She is a very strong-minded character in the game.

Another key feature of this game is the battle system. There are various options including the choices of style. This makes it easy to choose a style that suits a particular player. The game also has an amazing soundtrack, which makes it easy to listen to the music for several hours.

Another one of the best games and arguably an inclusion in top 10 lists. The gameplay and story are especially worth noting. Besides that, the characters are also excellent, and each has their story.

This concludes our Top 10 Final Fantasy Games post, and we are aware this post will generate a lot of debate, so leave us your thoughts in the comments section!