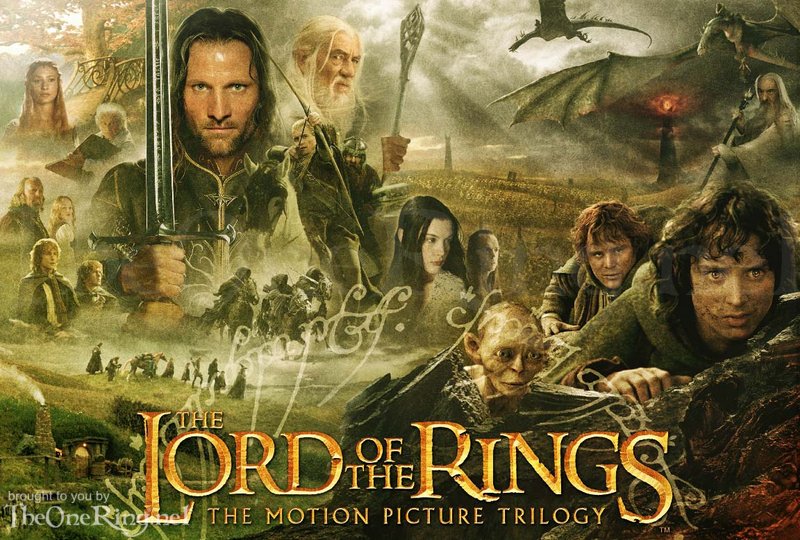 It is a known fact that Lord of the Rings has enjoyed such immense popularity over the years with number of followers waiting for new releases related to the game, it is not surprising to see numerous tie-ins and other features films that have been related to the franchise. It is not a surprise too to see that it is even undergoing a gaming resurgence thanks to Middle-earth: Shadow of Mordor.

Early reviews of the game are showing a lot of promise. A lot of fantasy fans are actually having very high expectations of the game. This is why players could actually end up being able to expect really good opportunities to successfully experience their own adventure in Middle-earth. To help make it easier for people to pick out which games to go for, here are some of the top games that you should consider playing if you want to get into some of the best winning titles that the franchise has churned out. 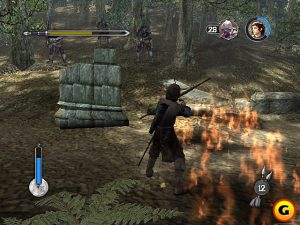 This is a game developed by Stormfront Studios for the Game Cube, Xbox, and the PS2 platforms. Generally, tie-in games tend to be designed in a way where they actually recreate the actions and the sequences that are present in the respective film which they are associated with this is often what makes them less exhilarating as a result. This is not the case with the Two Towers though, What the developers have managed to accomplish with this game is the ability to escape many of the common problems that tend to plague game tie-ins like these through keeping the entire experience to meet expectations.

Rather than just herding their players into Helm’s Deep, the Seige of Barad-dur or Weathertop that are set to the background of cut scenes, the player are actually allowed to fight and they can even do so alongside their friends. They can also slice down Orcs throughout the gameplay as well.

Players will be delighted to know that they can actually draw many of the best moment of the Two Towers and the Fellowship of the Ring while playing the game as well. This has certainly tipped things towards the favor of the game developers. There is a downside though. The fans nay have to spend way too many hours getting their blades dulled with the armors of the Uruk before they can actually start seeing graphics in the game that are very much at par with what is seen in the movie screens. But for now, this will have to do. 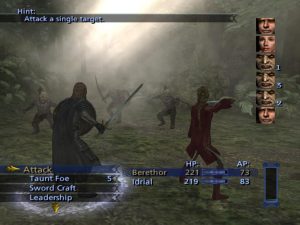 This is a game developed by EA Redwood Shores of Visceral Games for the Xbox, the PS2, and the GameCube platforms. For many of the franchise’s fans, the chance to be able to play Role Playing Games alongside the Fellowship while assuming the role of a new character is more than enough reason for them to actually get this game and try it out. Even now, the pitch for the story has remained to be a really huge attention-grabber. As a ne character, you can assume the role of Berethor, the Gondorian captain that was sent to actually find and then retrieve Boromir. You will only end up finding him aiding the Fellowship along with their mission to actually destroy the Ring. The moment that Boromir falls, Berethor along with his party ha to follow the Fellowship and to aid them to help them succeed.

This means that you have to do battle in the locations both before the Fellowship were able to traverse them. You will need to muster forces too to help them in the iconic battles that are going to take place later. You will need to slaughter the Ringwraiths too as well as destroy the Eye of Sauron. This is definitely not too shabby a task to pursue for a captain from Gondor whom the fans have actually not have heard of before. 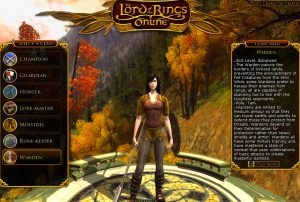 3. Lord of the Rings Online

Lord of the Rings Online is a game for MAC and PC developed by Turbine Inc. Apparently, this is not only a game that Tolkien might actually approve of himself. This is also a game that can be considered as fairly standard when it comes to designs for MMORPG. When viewed on the surface, it strays as little as possible from the usually accepted formula as seen in World of Warcraft which is a game that is very much influenced by Tolkien’s work and writing. So, players can expect that there is a very high likelihood that they may be seeing similar treatment when it comes to adapting the world that Tolkien has created.

The success of this game has not always really been considered constant. It has only risen in profitability and relevance since it has gone into a free-to-play from being a subscription-based model.  However, it should be noted that the connections of the game to the Lord of the Rings can be easily felt all throughout. This includes the lack of traditional Hit Points but attributing instead the strength of the player to their spirit or their morale. Also, a game that is set with a hero that is faster and stronger at full force is certainly one that deserves to be attached to the Lord of the Rings name. 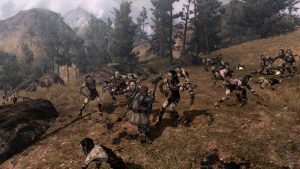 This is a game that is developed by Snowblind Studios for PS3, PC, Mac, as well as the Xbox 360 platforms. The story for the Third Age is actually meant to take place as a complementary story to the core trilogy, the war of the North acts as somewhat a mirror. While the fellowship is actually on their mission towards the south of Middle-earth, the players will have to take on their very own mission in the War in the North.

The core party is actually mirroring that of the LotR. The story features many of the supporting characters that are found in the story. Players will have to step into the role of those unsung heroes as they take on tasks and fights that help expand the story that Tolkien has weaved but this time, is set miles and miles along the North of the LotR world.

Of course, games like these need to have a key selling feature and this time, it does have one. For the War in the North, it is the opportunity for the player to cooperatively play with two other friends in the game. This is one feature that has since become rare and rarer in recent times ever since the game has been released. Also, the balance along with the fluidity of the combat designed for third-person POV has made his game one of the more satisfying fantasy works that are still found around. 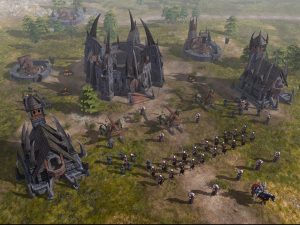 1. The Battle of Middle-Earth II

EA Los Angeles or Danger Close Games developed this game for the Xbox 360 and the PC platforms. While it is a fact that the other top contenders on this list are games that are story-driven and satisfying, it is a fact that when one is going to red through the epic that Tolkien has masterfully written, he cannot help but marvel at the grand battles and the momentous fights that took place before they were able to finally topple down the rule of the dark lord.

There has since been this bias considering real-time strategy games and how they seem to be the most cinematic when it comes to gaming experience, the one that is offered for this game is something where the story was able to successfully portrayed with such a scale and then it was actually polished down. Quite effectively so too, if one might add.

Players will have the choice to help Glorfindel, the Elf who is tasked to assemble the forces in the North. They will need to aid him in resisting the army that Sauron has mustered. The players will also be given the choice to help the Mouth of Sauron too and the aid the Nazgul. This can be fun as they can actually get the story rewritten to favor the bad guys. If you choose to side with the bad forces, then you have the chance to actually get the forces of Good stumped altogether. You then get the chance to claim the Ring of Power from the lifeless body of the hero Frodo.

Players would like the idea that there no judgments that will be made on the paths that players will actually choose to go for.  After all, at the end of the day, no game can really end up capturing the all-powerful and ever-present forces that have since governed the epic struggle that Tolkien has created. 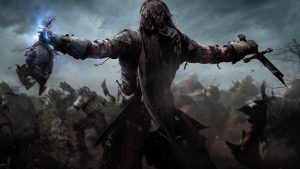 This list has been updated now that Shadow of Mordor is out, and if you play it you can instantly see that the game is one of the best ever done for the series.

As far as my opinion goes, it was the most serious approach at the saga as far as gaming is concerned.

Time can only tell though how securely can Shadow of Mordor make its actual mark when it comes to the excellent games that have managed to adapt the story behind the Lord of the Rings. But if the early signs were to be taken into account, it does suggest that it is one game that might just achieve this with such flying colors, it is going to offer a dark story and a mature plotline in a setting that has always been considered to be a high fantasy. The game s expected to offer some few twists when it comes to the assume order of events too. In the end, it is still the verdict of the players that will decide.