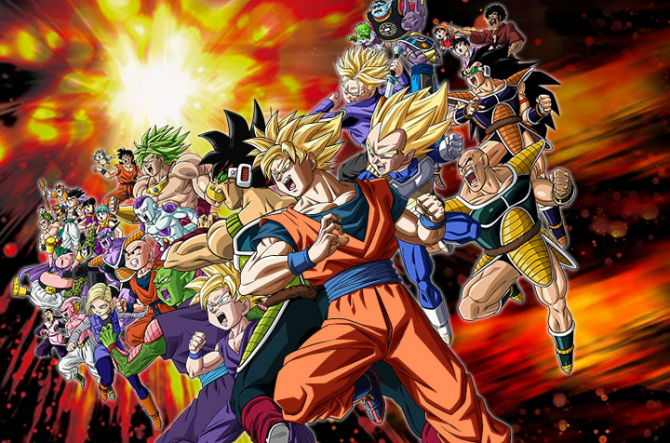 There are a lot of people asking themselves, their friends or even their search engines about who are the most powerful, strongest characters in Dragon Ball Z.

To decide who are the weakest, you can look at our Dragonball Infographic.

Luckily for you, the answer is pretty simple as we have a lot of data and info to analyze and reach a valid conclusion.

The Dragon Ball series continues with Dragon Ball Super now taking the center stage, as it is beginning to be dubbed in a lot of regions.
Akira Toriyama’s franchise is now going to take over childhoods once again, with the exception that now even grown-ups are part of the fanbase thanks to the massive success the original series and the Dragon Ball Z series had.
What this means is that this topic is fresh once again, as we expect many will go back to Z before or even after watching Super, and the only thing we have to press is the fact that this list does NOT contain the characters from DB Super, only from the DBZ series.
We already had a lot of new characters in Super surpass these, which is natural, but Beerus, Goku and Whis are the only ones to use God-Level Ki in the Z series, so bear that in mind.
We also thought this list was going to be a good one to set up now that the franchise hits its 30 years of age – consider this some kind of a tribute.
Video games with alternate timelines are not considered either, which is something you should expect since we’re following the Z series only.
We may expect you to contest one or two points of this list, but we gathered all the information we had and hired a team of highly skilled martial arts fighters and researchers to produce the most expert-level opinion as possible, so don’t question us and our godlike analytic powers.

Throughout this post, we will sum up the Top 5 most powerful Dragon Ball Z characters of all time. 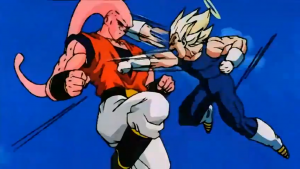 Super Buu is our number five. By the time this amazingly powerful villain absorbed Ultimate or Mystic Gohan, he already had beaten up a lot of powerhouses such as Gotenks, SSJ3 Goku and more.

His power levels were absurdly high, and he only got beaten clearly by Vegito – This is why this villain deserves to be on our list.

Also, you have got to love this character as he can be as humorous as intended even dubbed in multiple languages.

God Mode Goku, or the Super Sayan God Son Goku, is one of the most powerful characters in Dragon Ball Z history, being the single most powerful non-god being on Earth, as Vegito outclasses him but isn’t a single being but two fused ones.

As you can see in the movie, he is a force to be reckoned with and certainly tops Super Buu, even in the Absorbed Gohan phase.

However, imagine if Buu managed to absorb every being in this list – quite a picture eh? Talk about overpowered! 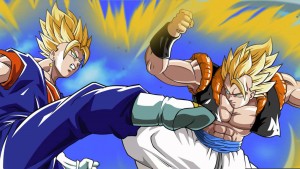 3 – Vegito: The Power That Would Have Ended Buu!

The combined powers of Goku and Vegeta, Vegito, is Buu’s Nightmare as even in his basic state he is insanely powerful.

Of course this was something we could expect, being this the result of the fusion between the amazing Sayains that center the story.

We didn’t mention Gogeta, since there’s little data about him, but we can accept if you think he belongs here too.

So, we’re halfway of our list now, and things start to get massively subjective around these last three spots, but one thing is for sure, these characters are indeed on the DBZ Stronger half of the character chart.
This is something we can all agree on.
Now, having that in mind let us finish this list and listen to what you have to say later on down in the comments section.
Mostly, the problem for lists like these on this particular franchise lie with the fact that the strongest characters are usually a rare sight, and have few demonstrations of power, like Vegito or Gogeta for instances – but we work with what we have. 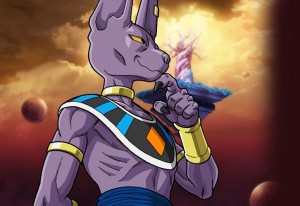 Beerus, the God of Destruction, is even more powerful than SSJGod Goku, and this is widely accepted.

Overall, the Gods are in a whole different league, and Godly Ki can never be compared to normal Ki, so this isn’t something Goku or any other has to be ashamed about.

The next character was the biggest surprise, and he is the most powerful character in Dragon Ball Z history. 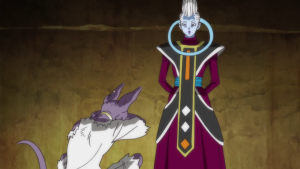 Grab everything we told you about Beerus and now consider something – Whis is even stronger than Beerus.

Beerus, at the end of the Dragon Ball Z movie, confesses that Whis is his martial arts’ master and that he is so strong he can boast saying he is the quickest being in the whole universe.

We certainly would love to see Whis fighting at his full power, but in this level good opponents are something very hard to find.

This is the end of our list, and we would love to hear your thoughts on our choices, and the reasons that make you back your opinion up.
We are all up for discussion, but let us just agree on the difficulty of organizing fictional characters is always and hard task, and that every list out there has some differences that makes it unique.
We also encourage you to make your own list and see how hard it is when you consider different valid opinions that put your favorite characters into perspective and sometimes blow them to oblivion.
On our side, well we loved Brolly and think he should be way stronger, but the time in which he appeared handicapped him so he could be beaten.
Everybody has a favorite character like that, and if you really look carefully at characters from the end of the series you’ll see how weak and pathetic early characters really were.
This is what we call the RPG effect, where even regular mobs become way stronger than that first level badass Boss who is supposed to be hugely powerful.

By the way, if you love Dragonball Z, consider checking our Top 5 Strongest Dragonball Z Fighters.

EDIT: Since we wrote this piece, more characters appeared already, so we’ll have to write an updated list one of these days. If you liked this article and you’re into gaming, check this Dragonball Game.