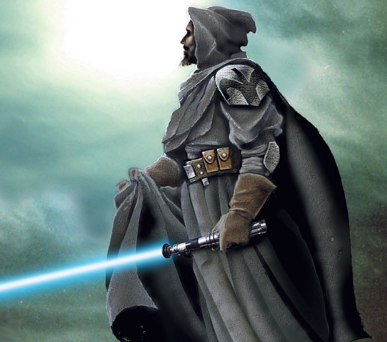 Lately, we’ve heard much about Gray Jedi; everyone is trying to understand what they are and who were the strongest.
I created my own Top 5, and my criteria for choosing them isn’t based on their dedication to the Gray Code but the balance between the Light and the Dark side.
All of my picks are more attuned to the Light than to the Dark, and I’m using a scale from 1 to 5 (being one the closest to light and five the closest to “grayness”).
If you don’t agree with the order or picks, please feel free to discuss in the comment section.
As I’ve stated in the title, I’ve only chosen canon characters; this means Kyle Katarn or Revan are excluded (even though they are 2 of my favorite characters in the non-canon expanded universe). 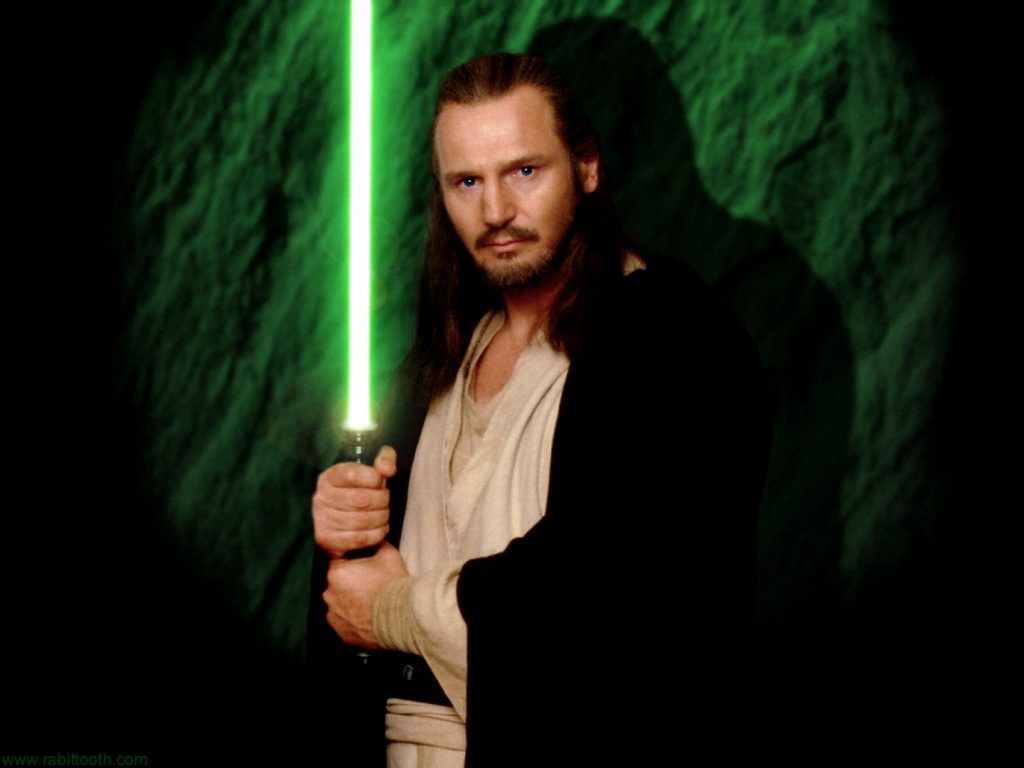 Qui-Gon was different from most Jedi in the sense that he was deeply attuned with the living Force. This created a conflict between what he believed Jedi should be doing and what they were doing. Thus, he didn’t follow the Jedi Code very often.
Jin got caught into Dooku’s eyesight after winning the Exhibition Day Tournament, where young students displayed their skills in 1-to-1 combat. Dooku then took Jin as his Padawan. They embarked on numerous missions together, where Jinn got to see Dooku’s anger when fighting an old friend (Lorian Nod), and if not for Jinn’s words, Dooku would kill Nod.
Dooku stated that Jinn’s weakness was his compassion for all life after the later became a Jedi.
Jinn’s disregard for the Jedi Council was one of the things that could make him a Gray Jedi. He pushed for Jedi Council approval to train Anakin, who he knew to have a lot of anger, fear, and suffering in his heart.
Jinn was a good man, who helped seemingly weak and useless life-forms during his years. But he can still be considered a Gray Jedi. The Dark Side was always around him: his master turned to the Dark Side, like one of his former students.
There isn’t much evidence to support this theory, but I believe most will understand me giving him a 2. 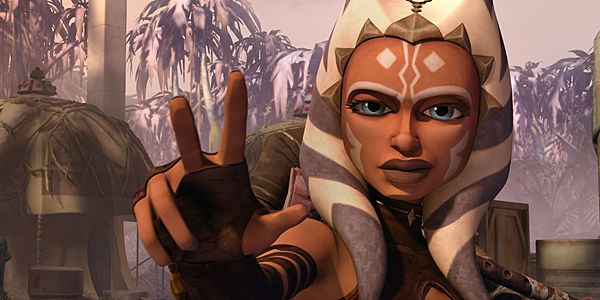 Ahsoka was a Togruta female discovered in her homeworld by Jedi Master Plo Koon. She was later assigned as Anakin Skywalker’s Padawan.
She was eager to prove herself, and because of that, she was reckless. Proof of that is that in her first command position she disobeyed orders and lost her entire squad of pilots. She learned from her mistakes and gained a lot of respect from her allies, contributing to key Republic victories.
In Mortis, she was briefly turned to the Dark Side by the Son. Later she died and got resurrected by the Daughter, then returning to the Light.
She turned her back on order after being falsely accused of treason. Her master, Anakin, was able to find the true culprit and she received an offer to rejoin the Order, but her faith in the Order wasn’t there anymore, which led to her departure.
There were some similarities between Ahsoka and Qui-Gon Jinn:
-Disregard for the Jedi Code and Council;
-Master turned to the Dark Side;
-Very much attuned with the Living Force.
She was really good at heart but wasn’t a true Jedi, so I give her a 2.

Windu was a Jedi Master, known to be one of the strongest Jedi of his time, being second to Yoda. Windu’s wisdom and power were respected by many, as was his opinion in all matters.
He was given to the Jedi when he was only six months old. Because he was still nameless, the order gave him one. Yoda was his first Master when he was still a learner but was then assigned to another Master when he became a Padawan.
Learning from a very early age to see shatter points in the force, he could see the vulnerabilities of his opponents and sometimes get a glimpse of the future.
His distinctive lightsaber crystal came from his planet, while he was on a mission. After helping the natives, he was given a violet-colored crystal, which he used to construct his famous lightsaber. (Sidenote: It’s my favorite, and I was given one a few years ago)
Mace Windu was a Jedi Master that was closer to the Dark Side than usual, but he didn’t use the Dark Side, and he never fell to the Dark Side. So, he was always a Jedi. He kept balance, but even though he didn’t use Dark Side powers he was close to being a Gray Jedi.
One of the reasons is his lightsaber form – Vaapad – a variation of Form VII. Vaapad was explained as being a state of mind rather than just a fighting style, allowing the wielder to channel his inner darkness into the duel, and accepting the fury of the opponent.
Also, his actions before his fall are what made people think of him as an unusual Jedi before the term “Gray Jedi” got popular. He wanted to immediately kill Palpatine instead of arresting him and give him a fair trial.
For these reasons, I give him a 3. 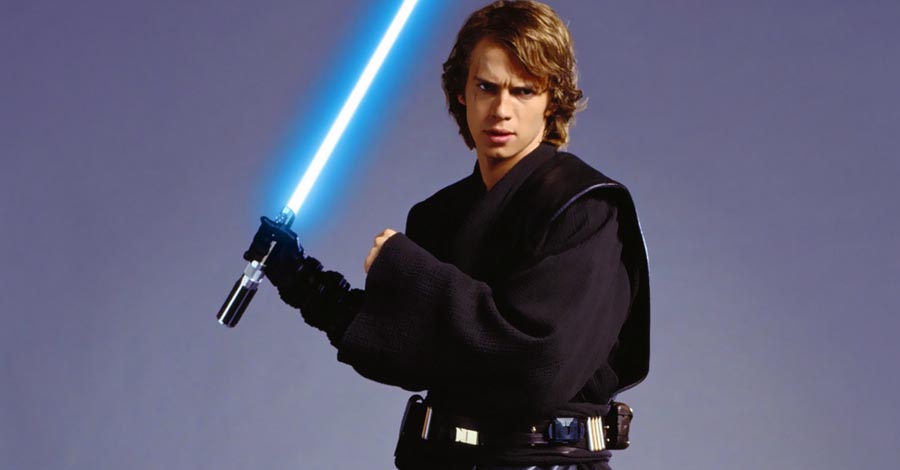 I believe some of you won’t agree with me, but try to understand why I picked Anakin.
We don’t need a big introduction for the character. He’s one of the heroes we liked and the villain we loved.
After being freed by Qui-Gon Jinn, he began his training shortly after, at the age of 9, being assigned to Jedi Obi-Wan Kenobi.
He grew up and became arrogant because of his exceptional skills. He was always dreaming about his mother, and that affected him. When on a mission to protect Senator Amidala, he deviated from it and hurried to Tatooine where he tried to save his mother, but it was too late. He became enraged, and because of that, he slaughtered an entire camp of Tusken Raiders, females and children included.
Chancellor Palpatine, who was (as all of us know) Darth Sidious soon began to lure Anakin to the Dark Side. Little by little he felt more angered and guilty from everything that had happened in his life, but he wasn’t turned so easily. I believe he kept balance for many years mostly because of his relationship with Obi-Wan Kenobi. But, I believe he wasn’t a Jedi anymore. He wasn’t a true follower of the Jedi Code. I believe that Anakin embodied what a Gray Jedi was all about, if only for some years.
He only fell to the Dark Side Sidious imprinted fake visions of the future in Anakin’s head, making him dream about Amidala’s death. He believed them true and tried to find a way to save her, but he ended up killing her (due to body injuries and grief, I guess).
I have to give him a 4. Because he wasn’t a Gray Jedi for a long time, I can’t give him a 5. 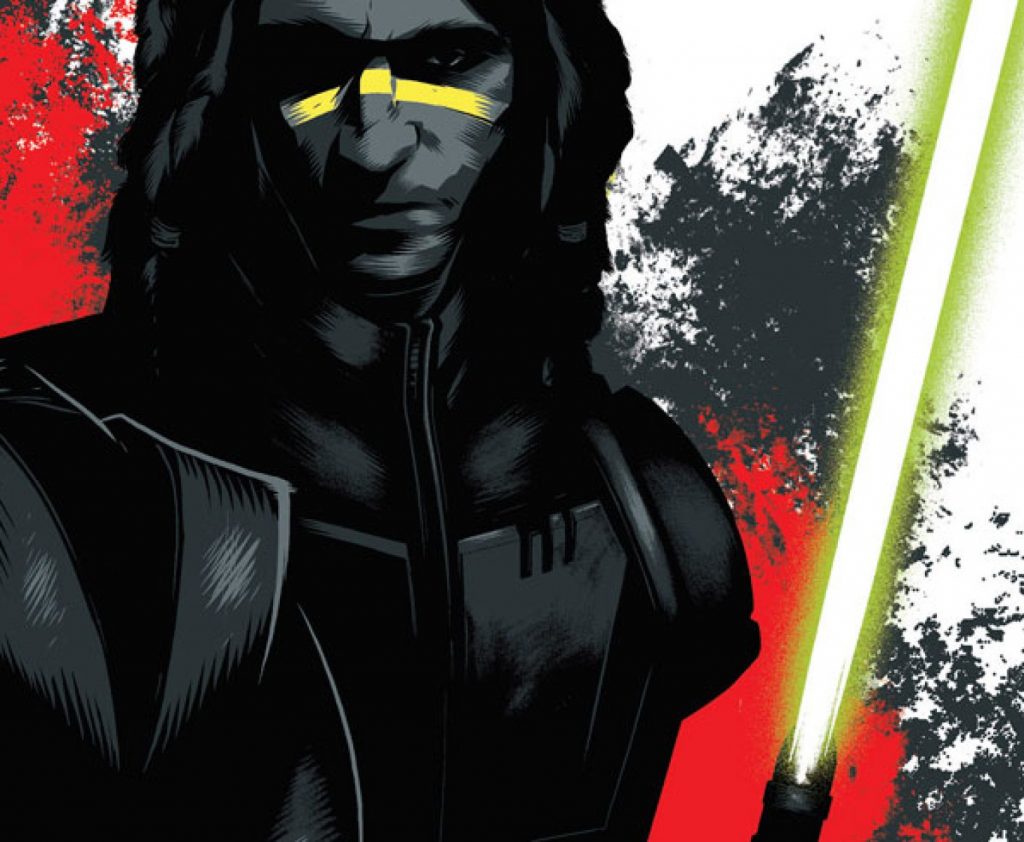 Probably the least known Force Sensitive on this list, Quinlan Vos was a Kiffar Jedi Master.
Quinlan was discovered by Master Tholme and trained on his homeworld instead of at the Jedi Temple on Coruscant. His great-aunt, seeking power, sacrificed Quinlan’s parents to Anzati vampires and made Quinlan watch it psychometrically. The memory of his parents’ deaths threw him in a darkness that he would never be able to vanquish. He was then sent to Coruscant to resume his training.
Vos became a double agent for a long time, first overseeing a spy network for the Separatists and then spying on that same spy network. Count Dooku never fully trusted him, pitting him against his friends, and making him commit several cold-blooded assassinations to prove himself loyal. He finally returned to the Jedi Order and served the Order until Order 66 was imposed. He had to go into hiding with his wife and son.
Ultimately, what made him keep his balance and never fall to the dark side was his family.
Balance is crucial for a Gray Jedi, and so I give him a 5.

Why is Obi Wan So Old: Is Old Ben Kenobi too Old?

MIUI 11 For Xiaomi Is Almost Available!