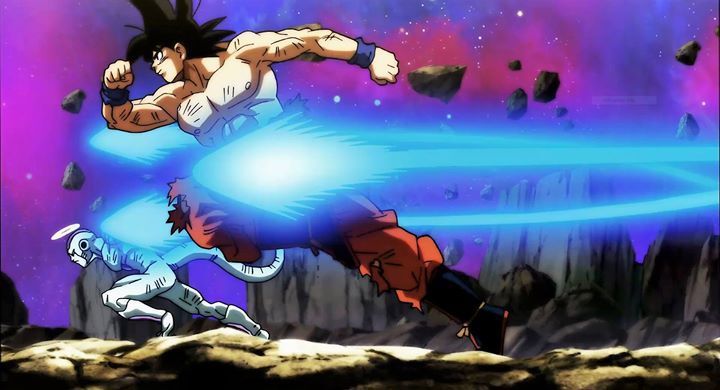 If you want to learn why Dragon Ball Z is the best anime of all time, then you need to read this article because it will tell you how to justify this belief to your skeptic friends.

There are a lot of reasons that make Dragonball great, and Akira Toriyama was definitely an illuminated mind, but reasons to debate others on whether it is the very best or not may bit a bit harder to articulate, and so we wrote this post.

The first thing you need to say is that DBZ was the inspiration behind most of the Shonen anime that we love.

There were a lot of authors claiming their inspiration came from the Dragonball saga, including creators from successful animes like Naruto, Death Note, and even Hunter X Hunter, the anime considered by many to be THE shonen to look at – although we’re arguing that it’s only the second-best here.

We can’t ignore the contribution this title had to develop modern anime ideas and some of the most iconic stories we have ever watched.

Dragon Ball Z is The Best Anime to Quote When Talking About Western Promotion of the Genre:

If you’re reading this, then chances are you’re not Japanese and you’re actually in a country more to the West – although we have some Japanese readers, they are a minority in Instageeked.

Having said that, the Western world was largely in the dark and not knowing what Anime even was before Dragon Ball made it mainstream.

Dragon Ball Z was very successful and dubbed or subbed in countless languages, traveling the world and spreading the joy of Anime worldwide.

If you want to credit a single anime for the Western adoption of anime, credit DBZ.

Then there’s also the fact that most of us got our first anime experience watching this saga. For many people worldwide, DBZ was the first anime they ever watched.

Sure, most countries had the original Dragon Ball airing before Dragon Ball Z was broadcasted, but the DBZ got a cult following with many people skipping classes just to watch it – I know I was one of them.

The amount of people having a huge Nostalgia trip each time they hear the opening music or one of the villain’s themes is very significant and this is another reason why this was more than a simple anime.

It Made Us Feel the Epic Power of Visual Transformations:

The transformations that take characters from one state to another and change their hair, eyes, clothes, skin, aura and so on are largely a thing thanks to the success of the Super Saiyan transformation.

We all felt that epic feeling of seeing Goku transform for the first time, it was the stuff of legends and we still think it’s one of the most epic moments in anime history.

Naruto’s Bijuu Mode was inspired by this transformation, and we can definitely see the resemblances.

Another reason why Dragon Ball Z is the best anime is that they sure knew how to do proper character development.

Vegeta had one of the most perfect character development arcs in history, in fact, his character never stopped developing.

The anti-heroes in anime owe their existence to Vegeta, at least a lot of them. It is known that Vegeta is considered to be one of the most successful examples of anti-heroes in or outside of the anime world.

While Super feels forced, the original with Goku as a child is a different experience altogether.

Dragon Ball Z has its seasoning just right, with a little bit of everything and a huge amount of Epicness Toping.