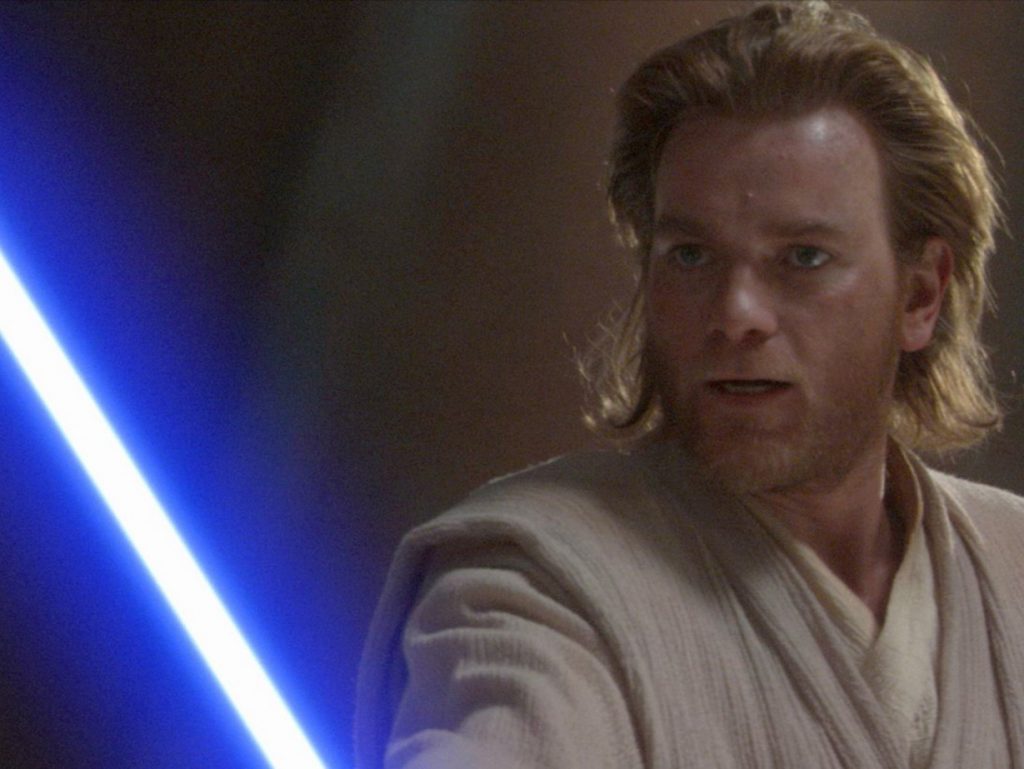 There have been a lot of queries about Obi Wan’s Lightsaber color lately, and that’s why we really felt like diving on why is obi wan’s lightsaber blue in the first place.

There are a lot of reasons for that to happen, some objective and easily explained and some more on the subjective side and requiring a bit of Star Wars lore knowledge to be taken into consideration – don’t worry though, we made this article pretty simple to follow, even for those who have very little knowledge about the Star Wars saga.

First of all, we have to tell you about Jedi Roles.

There are several Jedi Roles, such as Jedi Guardians, Jedi Consulars and Jedi Sentinels, and those Jedi types work in different ways as they specialize in different areas.

The Jedi Guardian is a Jedi sub-type that specializes more on the martial aspect of the force, focusing more on Lightsaber dueling abilities and controlling the Force in a straightforward way to hit their opponents.

Obi Wan Kenobi is a Jedi Guardian, and most Jedi Guardians have a blue bladed Lightsaber, though this isn’t mandatory and there are several exceptions to this rule. 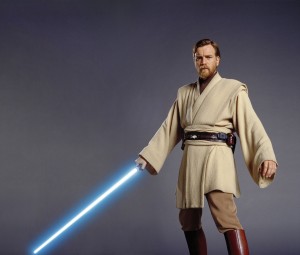 Then you have the peaceful meaning behind the blue lightsaber color, which is a reflection of Obi Wan’s diplomatic character.

You can always tell Obi Wan is a light side personality that really loves harmony and tolerance, as well as solidarity, and this may be the reason on why he chose all his lightsabers to be blue.

This is another good reason you can consider. 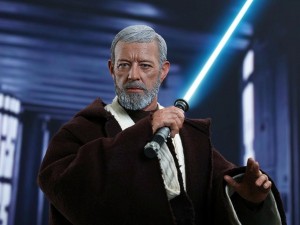 Obi Wan Kenobi Had Three Lightsabers: All of them Blue!

Proving that the previous two factors may really bind Obi Wan to his characteristic blue lightsaber is the fact Obi Wan had three different lightsabers and all of them were blue which also makes the variable “aesthetic taste” to be added to the answer on why is obi wan’s lightsaber blue.

This means he had plenty of chances to change his weapon’s focusing crystal and that he could even easily mimic his master’s color green, but he chose not to, which proves his blue lightsaber is something deeply intentional and connected to his personality and being as a whole.

The Lightsaber’s Focusing Crystal: What decides its Tone!

If you were wondering why we wrote about the weapon’s focusing crystal on the last paragraph, then this is the one that clears stuff up for you.

You see, a lightsaber’s color is defined by his focusing crystal, the crystal that focuses the light to form the saber, and the quality of the crystal is what defines the color output on the blade.

Obi Wan’s Lightsaber: One of The Most Valuable Collectibles

Obi Wan Kenobi (we spelled it like that because he’s the number 1 Jedi for many people) is incredibly popular, and that’s why his Lightsaber has a lot of attention.

For instances, there is a huge demand for this weapon’s replicas in the collector markets, and any toy, replica or Lightsaber FX model that reproduces the iconic diplomat Jedi’s weapon, its look and its feel, has a huge demand.

It is only a bit ironic that he used three different ones, as mentioned, so you also have a lot more to collect than with other force wielders who tend to stick to one.

Lightsaber Colors: A Matter of Directing

There’s also the fact that George Lucas planned on the Lightsabers having no color, but he then realized that the contrast was too dim making the sabers hard to spot and this may help to answer on why is obi wan’s lightsaber blue.

The lightsabers then became blue and green, to help with the movie. Obi Wan used a green lightsaber once, can you guess when that moment occurred?

If you did guess it, you now have a bad memory in mind; since it was when he picked up his dying master’s weapon after Qui-Gon Jinn got defeated by Maul.

When you think about Star Wars, you instantly think about the movies, the big pictures, the original Star Wars Trilogy and the Prequels, but if you think they are what made Lucas and now Disney the most amount of money, then you think wrong.

The truth is that Star Wars Toys and Custom Lightsabers (included in this category) are what make their makers the most amount of cash – which seems surprising,  but it is true. 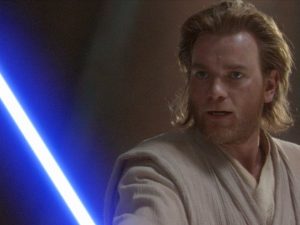 Why is Obi Wan’s Lightsaber Blue: A Conclusion!

We would love to see what you have to say about this, and what you point out as the ultimate reason for him to have this color preference.

Comment on the box below and we’ll surely answer.

To finish this article off, we only want to address those of you who stumbled upon this page looking to get the lightsaber blades or replicas that Hasbro sells, which are the Force FX Lightsabers.
These are quite coveted by Star Wars fans and collectors out there, and for good reason since as far as quality-price is concerned you really get the best bang for your buck.
They are replicas of the sabers used in the movies and they have a blade that lights up progressively and retreats in the same way, as well as that ON / OFF sound that is so characteristic of this iconic weapon.
If you swing it around you will notice that there is also a swing sound and that adds to realism.
Everyone feels like a badass wielding them if they really love the saga, and we dropped a video on a review made by a guy on YouTube on the Blue Lightsaber used by Master Obi-Wan.
We are not affiliated with him in any way nor do we benefit from promoting these items, so buy them wherever you want.

We recently wrote an article about the different lightsaber color meanings, and you may want to check it out too.

Finally, if you want to get your head FULL TO THE BRIM with knowledge about every Sith in the Star Wars universe, here is our in-depth post on Sith Lords.