There are tons of reality shows out there, many of them scripted, staged or fake. Pawn Stars is fake, and this article will be about all of the stuff they make that is a bit behind ethical.
We don’t have to talk about the scripted part since that is obvious when you see Rick, Chumlee and “Big Hoss” arguing with each other and with obvious forced plot.
Throughout the post you’ll see what makes this show fake like Storage Wars or Long Island Medium (click the names to get to the articles about these fakes).
Of course that we don’t claim filming pawn shop transactions 24h per day to ensure you catch one or two good deals per week would be a better alternative, or argue against the fact that without vetted items it would be hard to make the show, but the fact is that at least they should put up a disclaimer as we’ve been shocked by the amount of people visiting Gold and Silver Pawn hoping to see the cast.

The real establishment exists, and by this name as well. It works in Vegas from 9am to 9pm and has a window open 24/7 to allow customers to pawn stuff at any hour of the day.
The shop is more of a tourist attraction though since if you go there you only see tourists and plenty of merchandise. 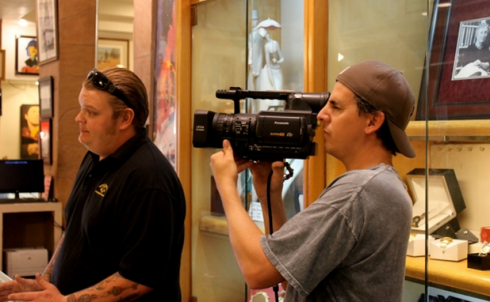 The Deals Aren’t Happening: Staged Deals and No Haggling or Bargaining

According to Nicki Swift and a lot more pop culture researchers, the deals you see on TV are not only scripted but staged as well.
The customers had their items vetted, cleaned, priced, examined etc… Only the good stuff makes it to the show and by the time the “haggling” happens the item has already been bought or passed, and the price is more than determined.
Did you know that the action happens on a studio that is a replica of the shop and not the shop itself? It isn’t even in Gold & Silver Pawn, it is staged.

The Stars Don’t Work There

The stars aren’t there running the business or working. The tourists are always there so they won’t be there to be harrassed with pictures at every minute, especially because Nevada’s law protects individuals from photographs without consent, so even with the cast’s permission the space had to be clean of passerbys and other people.
They have close to 50 staff members and you can find one or two cast members, but they’ll be in a backroom charging you $25 per autograph, and you have to wait on a long line. 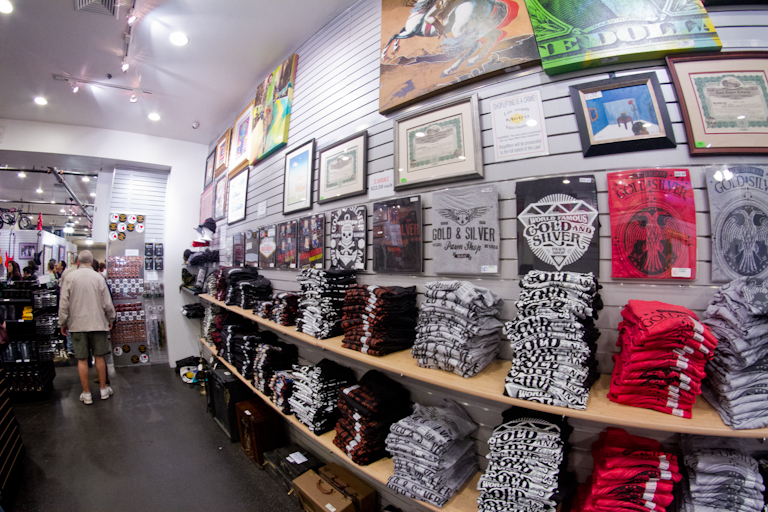 The shop is cram full of merchandise. T-Shirts, boxes of memorabilia and all kinds of stuff with the Pawn Stars Cast Members’ face on it.
Merchandise probably makes them more money than the store, and Chumlee’s products are the most demanded… go figure. 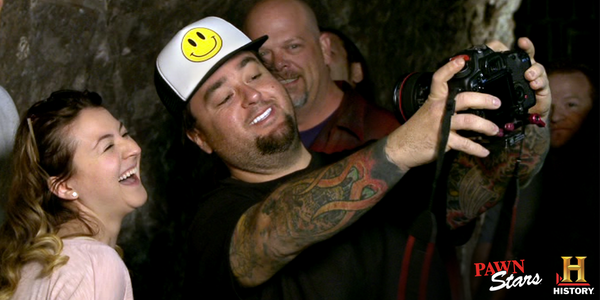 Customers: Not So Random, Arranged

A random old lady shows up to the star with a 50s Vintage Gibson Electric Guitar. Rick calls the expert in and here comes a Guitar Shop’s owner to evaluate the item.
The expert says the guitar is legit without even doing a professional appraisal simply because that guitar was already on sale in HIS shop and that random woman was HIS employee’s mother!

They are always eating Subway, there are sandwishes everywhere and they call the sandwiches by their full menu name.
Turns out the show’s biggest sponsor is Subway, who would know?